SALIMA COUPLE WITH TWINS GET DONATION FROM WELL-WISHERS 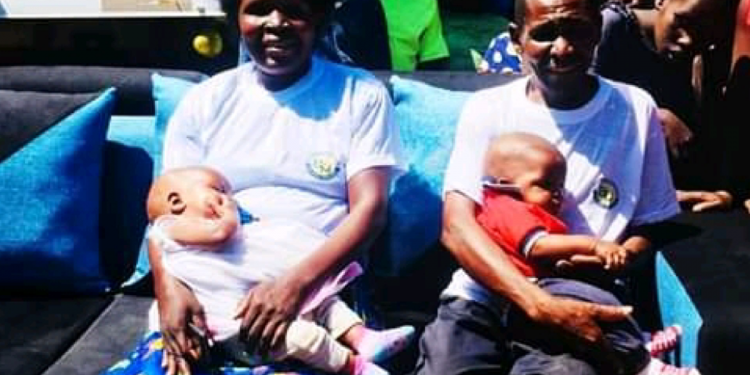 A Mzuzu based furniture making company has donated a a sofa set and assorted food and non food items valued at a K1 million to a needy family in Chindungwa village in Traditional Authority Pemba, Salima district.

The gesture to the family of the Green comes after the wife’s ordeal following the delivery of twins in June this year. After her delivery through ceasarian section, the 34 year old mother Kondawako experienced four successive ruptures of her ceasarian wound, a development which further fanned the couple’s plight.

“We see God’s love in this,” said Kondawako as her joy filled husband looked on.

Their remarks were echoed by legislator for Salima South East Constituency Mike Mwawa, where the Chindungwa village is located.

According to operations manager for BM Sofa design and general dealers Hendrix Nkunika, the gesture was a way of ploughing back to Malawians.

The gesture on Sunday afternoon comes a few months after other people of goodwill recently constructed a house for the couple. Among those who have also recently reached out to the couple with both food and non food items including some monetary support is First Lady
Monica Chakwera.