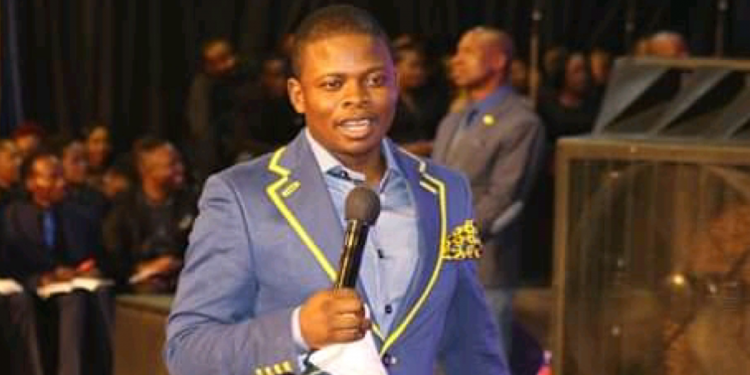 With effect from yesterday if any person in Botswana gather in the name of ECG will be immediately arrested as the government of Botswana has revoked the licence it gave to ECG to operate as a church in Botswana.

The Government of Botswana has arrived at this decision after they realized that the church is involved in fraud and money laundering which was one of the reasons in February 2017, Botswana banned Bushiri from entering Botswana and asked him to apply for a VISA yet all Malawians can travel to Botswana without a VISA.

The Botswana Gazzette indicated that Bushiri’s church in Botswana has been closed after FNB Bank in Botswana has been hit by fraudsters over the weekend which is believed to be issues of “Miracle Money”. On 6th December 2017, Botswana government wrote a letter to Enlightened Christian Gathering (ECG) to comply with the law and meet the country’s demands to provide financial auditing reports of ECG by 31st August, 2017 of which ECG failed.

In a 2016 letter to the government of Botswana on audit issues, ECG lied to Botswana government that it engaged Mamlathan & Associates to audit their books and falsely claimed that “the audit process is towards completion and expected in 15 days” the audit reports were never provided.

Mamlathan & Associates represented by Mompati Kgaimane in August 2017 to Botswana Gazette and Malawi Times that they never audited ECG book and deneied being engaged by the church in 2015 as it claimed. In an interview with Malawi Times, ECG General Secretary, Pastor Peleoetletse Baeng confirmed receiving letters of their registration revocation from government “it is a matter we have appealed to the Minister and I can not divulge the content of the appeal”, he said. ECG’s appeal is inline with section 11(40)of the Society act of Botswana.

Bushiri’s Public Relations manager, Ephraim Nyondo, failed to respond to queries from Malawi Times on Monday as he promised.

ECG will no longer be recognized and anyone who is going to gather in ECG name will be arrested, all branches of ECG have been ordered to shut down and if they are to operate they MUST register under a different name not ECG.

Despite there being no VISA restrictions between Botswana and Malawi, in March 2017 government of Botswana placed Bushiri on a VISA requirement list when he was slated to headline a religious event at Botswana national stadium. Bushiri has never applied for Botswana VISA and since then has never stepped his foot in Botswana. Rumors are at it that the government banned him after realizing his dubious ways of securing mines and Botswana as it stands to be the number 1 diamond producing country, he was focusing on siphoning diamonds out using dubious ways.