Bushiri breaks Bail conditions and Escapes back to Malawi 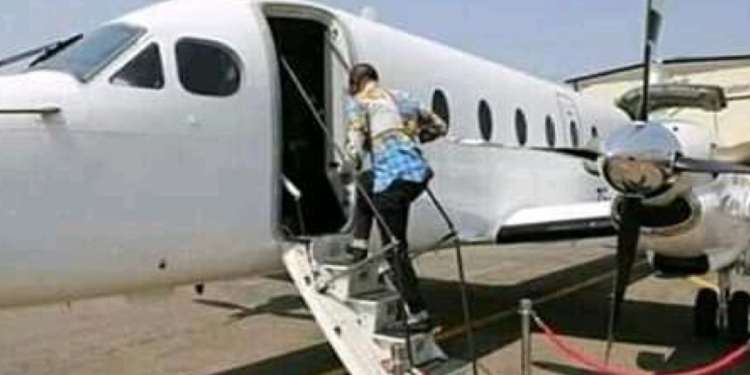 Days after being granted bail, Prophet Shepherded has returned home from the Republic of South Africa in what he has termed a ‘tactical withdraw’ from the Rainbow Nation.

Bushiri and his wife Mary together with Landiwe Ntlokwana are being accused are facing various charges including fraud and money laundering involving R102 million In a statement which Metro News has seen, the Enlightened Christian Gathering (ECG) founder said they are temporarily in Malawi because of safety and security issues since 2015, matters that got worse when we just got out on bail.

“There have been clear and evident attempts to have myself, my wife and my family killed and despite our several attempts to report to authorities, there has never been State protection.

“Our coming to Malawi, hence, is a tactical withdrawal from the Republic of South Africa solely
meant to preserve our lives.

“These attempts have been heightened with recent spates of arrests and detentions that we felt the only way for us to clear our names before the law is to ensure that our lives are preserved. My wife and I strongly believe in our innocence but this cannot be proved if our lives are not preserved.

We have to be alive to testify to our innocence,” reads part of the statement. Against this background, Bushiri said they have come to a painful conclusion that what his family have faced in the Republic of South Africa, since 2015, is purely persecution NOT prosecution.

“What is shocking is that it was me who, in 2018, opened cases of extortion and intimidation against the officers who are, today, investigating, arresting and prosecuting me and my wife of these several allegations.
“Obviously, there can never be independence and impartiality. It’s purely acts of open vengeance. This, I must say, clearly violates rules of natural justice which says justice must not just be done but be seen to be done.

“As such, I want to make it clear, here, that our coming to Malawi is not an act of running away from being tried. Not at all.All my wife and I want is to clear our names in a justice system that is fair, impartial and just. In this vein, I am calling for three things to be met by the Republic of South African authorities to ensure our fair, impartial and just trial,” he said

He further added that he wants the officers involved in investigating,marresting and prosecuting them to recuse themselves because this is the same team that he earlier lodged complaint against and, also, opened cases against.

He feels that with there involvement, he won’t have a fair trial with their continued involvement.
“Fourthly, I want the South African State to see to it that all the issues I lodged and opened against these officers must be pursued to their logical conclusion before proceeding with our case.

“Finally, I want the South African State to appoint independent and professional investigators and prosecutors who should make independent decisions on the cases we are allegedly accused of,” reads part of the statement.

In this regard, Bushiri has requested Malawi government to liaise with the South African government to ensure that the above issues are met.

“Once these three issues are met and I am assured of a fair, just and impartial trial, I am willing to avail myself before the South Africa justice system. I am looking forward to that day because my wife and I have long waited for it to prove our innocence and clear our names,” he said.