Chilima calls for collective action in clean up exercise 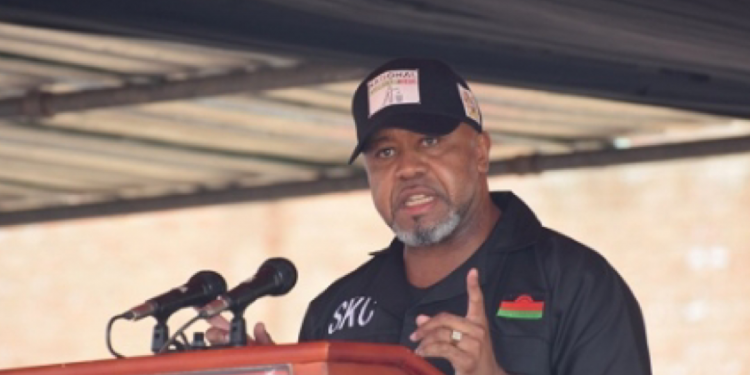 State Vice President, Saulos Klaus Chilima, has called for collective action in cleaning the country to make Malawi a better place to live.

The Vice President made the call on Friday during the launch of Clean Up Initiative for Blantyre City at Nyambadwe Primary School.

Chilima observed that Malawi cannot be called a safest place to live if people are not cleaning places where they live and manage waste to prevent outbreak of diseases such as diarrhea and cholera.

“This is why this government is encouraging every person regardless of their political, social or cultural affiliations to take the responsibility of ensuring that their surroundings like homes, schools and hospitals are cleaned up,” he said.

Chilima said the development is the only way of preventing diseases like cholera thereby saving money which would have been used to treat such diseases.

The vice president then advised the general public to remain patient on promises which Tonse Alliance made during June’ fresh presidential elections campaign.

“I know, we promised creation of one million jobs for the youth, provision of soft loans and reduction in passport fees among others. But I urge you to be at ease because different mechanisms are being put in place to make these a reality,” he said.

In his remarks, Member of Parliament for Ndirande Malabada Constituency, Ismail Nkumba, thanked the Vice President for gracing the launch of the initiative in the area pledging, concerted efforts to keep the surrounding clean.

“I believe cleaning up the area is a collective responsibility of everyone. As such, we will make sure that we spearhead the initiative at all places to promote health well-being of the communities,” he said.

Mayor for Blantyre City, Wild Ndipo, emphasized that it is only healthy people who can meaningfully participate in the development of any country including Malawi.

He, therefore, assured the gathering that the initiative will not die a natural death.

Earlier on, the Vice President accompanied by other distinguished dignitaries participated in a cleaning exercise at Ndirande Post Office and also toured pavilions for waste recyclers and re-users.

President Lazarus Chakwera launched national Clean Up Campaign on Wednesday in Lilongwe under the theme “A Clean Environment: My Right, My Responsibility”.

The initiative will be conducted on Friday of second week of every month.