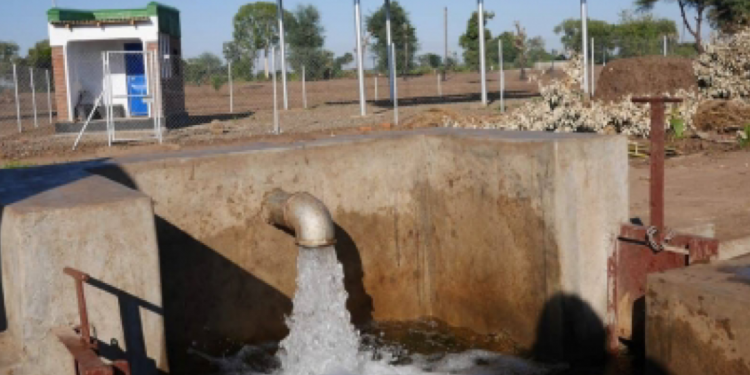 0
SHARES
72
VIEWS
Share on FacebookShare on TwitterShare on Whatsapp

Construction, solar and Irrigation, ground water exploration and drilling, mining, finance for agriculture development are the main five pivotal strategic units FISD has managed to change many lives for the better.

“Multitudes of peoplefrom the rural community have all reasons to smile with Foundation for Irrigation
and Sustainable Development (FISD),” says Head of Drilling and Chief of External Operations, Jack
Kujaliwa.

The institution started as a Non-governmental organization in 2005 and later got registered as a
limited company in 2009 in order to expand its operations. Under Mtete Sustainable Agriculture
Scheme in Traditional Authority (TA) Kalolo in Lilongwe the company made 324 families graduate
from being charcoal traders into reliable farmers through the scheme with 2, 069, 100 Euros funding
from European Union.

“Over 2000 individuals who invaded Dzalanyama forest from the 324 families have turned into
productive agriculturalists from being dependent on tree cutting for wood and charcoal burning. The
community is now contributing in mitigating climate change by annually planting trees,” Kujaliwa says.
Mtete also known as Msiya scheme falls under Ming’ongo Extension Planning Area (EPA) under the
Lilongwe West District Agriculture Development Office, with a total of seven villages namely Mvuto,
Mchadza, Chipanga, M’bang’ombe, Mkhozomba, Chalimba and Chilowe.

TA Kalolo lauds FISD for rescuing the community from the state of being hunger stricken to food a state of sufficiency.

“It has reduced school dropout rate in my area because children have enough to eat and parents have the capacity to provide other needs on their education,” Chief Kalolo explains.

FISD says it connected the people of Mtete irrigation scheme with Seed-Co which helps with skills in seed multiplication and teach them on modern productive agriculture practices.

“We provide loans for people to buy fertilizer and help them source modern seeds from Seed-Co under our initiative so that the farmers are rest assured of bumper harvests yearly. The villagers have now graduated to better farmers from their destitute life and they can ably contribute to the country’s development which make us proud,” he explains.

In Blantyre under Bakasala scheme FISD with funding from Millennium Challenge Account has reached out to 13, 000 families working on a Sustainable Community Poverty Reduction initiative under the project called Integrated Approach to Natural Resources Management and Conservation for Sustainable Hydro-power.

Among the products benefiting the local people at Bakasala project in Lirangwe Blantyre include, Solar
irrigation scheme where water is drilled underground using solar power and the water is pumped to water the plants.

The transformation of remote communities from poverty stricken life to a better life for has not spared the districts of Nsanje and Chikwawa in the southern region.

According to Wezzie Chiumia, FISD’s Marketing Officer the company has managed to generate 75KWs of electricity which is currently being used in key trading centers and electrifying schools among others.

“We used a Min-Grid project to generate power which is tapped to electrify clinics, schools and teachers houses and venture into irrigation farming. The project has a contract sum of $853 576.06 “There is mushrooming of solar power dependent business activities in the villages of Nyavuwu, Makoka, Mwalija and Oleole in TA Chimombo, Nsanje district.

“Life is no longer the same, people are living like in towns, they are food secure and in clinics medical
personnel are rest assured of attending to patients any time like conducting surgery because of this
Min-Grid power,” says the marketing officer, adding 10, 000 families have been reached out with this
innovation thanks to European Union.

Water supply, renewable energy, implementation of solar powered irrigation projects is among the main
descriptions FISD is known with.

“I am glad to make it known that we have applied to the Reserve Bank of Malawi to give us a license to operate like a Micro-Finance for Agriculture. We want people to keep their monies with this bank
specifically for agricultural activities.

“Currently, we have a license in mining and have already secured a Black granite site where mining and harvesting of the precious stones has started,” he said.

TA Chimombo says the lives of his subjects have improved beyond their expectation exclusively on good housing and food security.

“We have 15 hectares of irrigated land where we are planting and harvesting three times every year. I wish this land expand to 40 hectares.

“We are happy to see Balaka district wet, and the people are no longer hassling to get portable water
from these solar powered boreholes,” Chiumia says.

FISD envisions to be a champion solution provider in irrigation, water and clean energy in Sub-Saharan
Africa.