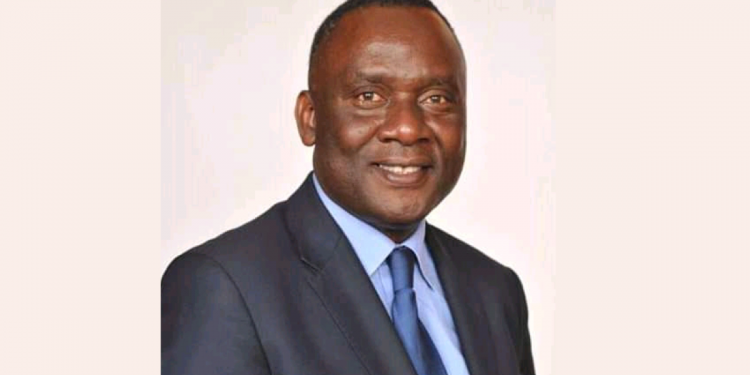 The UTM candidate for the November 10 by-election in Karonga Central, Frank Mwenifumbo, on Thursday took a swipe at Malawi Electoral Commission (MEC) for threatening to call off the by-election due to escalating cases of political violence.

Mwenifumbo said this at his round off campaign rally held at his home area, Mwenilondo school ground where a mammoth crowd gathered to listen to his manifesto for them to make an informed decision on who to vote for.

He said democratically, it is provocative, irresponsible and imprudent for ‘someone’ to stop a by-election after a vigorous protracted expensive 90 days’ campaign just because of one isolated case that arose due to what he said was a provocative situation.

He said: “Since we launched our campaign in September, we have tried our best to dwell on issue based campaign. If anything it is us who have seen the worst in terms of violence. Our supporters have been beaten and assaulted. We have been reporting to police but no arrest has been made to date.

“Therefore, it is not necessary for someone to stop an election with four days to go after a three-month campaign based on one incident that erupted after a provocative situation. That is very irresponsible and I am not afraid to say this because I am a democrat, this is free speech. Let them come on the ground and see if there is violence that warrants a cancellation of an election. This was causing panic amongst electorates and we don’t want that”.

Mwenifumbo further alleged that it is candidates who are afraid of losing who are perpetrating political violence to instill fear amongst voters, saying he is one of those politicians who fought for this democracy with the likes of Ziliro Chibambo, the late Aleke Banda and Chakufwa Chihana, therefore there is no one who can tow him down as he is a victor.

Apparently, Mwenifumbo’s challenge was directed at the MEC Chairperson Justice Dr. Chifundo Kachale who on Tuesday issued a stern warning to the five Parliamentary candidates in which he condemned the continued incidences of political violence, intimidation and verbal abuse that has characterised the campaign period in the area that once earned a name from a war torn Libyan city of Benghazi due to its political volatility.

Kachale said the incidents have potential to scare away the electorates from attending campaign rallies and participating in polling.

However, in an interview, MEC’s director of media and public relations Sangwani Mwafulirwa retaliated the need for all candidates, political party leaders in Karonga doing campaign to observe peace throughout the campaign period by adhering to the code of conduct which all candidates signed for, saying all electoral stakeholders are aware that any criminal activity conducted during the electoral calendar is criminal in nature and is punishable.

At the rally, the former First Lady Callista Mutharika who welcomed four members from the independent candidate Shackie MaryFlorence Nthakomwa told the electorates to vote for Mwenifumbo for them to benefit from various developments that include soft loans for small scale businesses that will in turn transform their livelihoods.