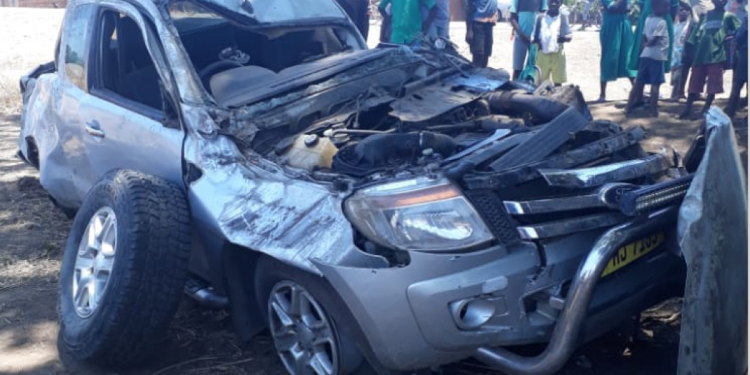 A 30-year-old man has died after the vehicle he was traveling in overturned several times at Mwayi Village along Peter Mutharika Highway.

According to Mangochi Police Deputy Public Relations Officer, Amina Tepani Daudi, the tragedy happened in the morning of Friday, November 6, 2020 in the area of Traditional Authority Chimwala.

Daudi said the accident involved a Ford Ranger double cabin registration number MJ 7135 driven by Abdullah Kulesi, 28, from the direction of Mangochi Boma heading towards Liwonde with one passenger (now deceased) on board

Upon arrival at Mwayi Village, due to speeding the driver lost control of the motor vehicle and he swerved to the offside of the road where it overturned several times.

Following the impact, the passenger sustained severe head injuries and died upon arrival at Mangochi District Hospital while the driver escaped with minor injuries.

Meanwhile, police in the district are appealing to drivers to always follow road safety measures to avoid accidents.