Govt to remove persons with disabilities in streets 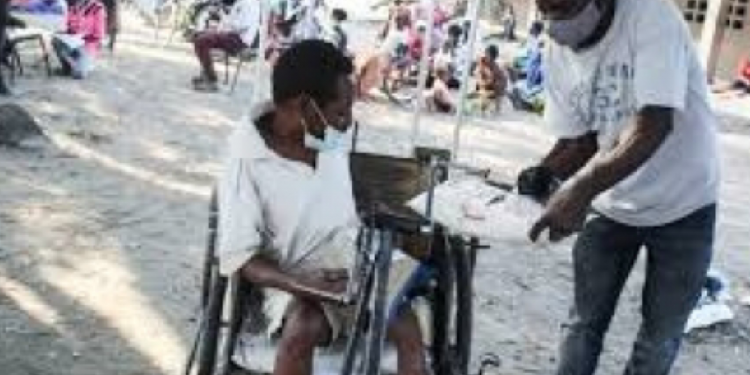 Kaliati made the remarks on Tuesday during the launch of the 2020 International Day for Persons with Disability in Lilongwe which will be officially commemorated on December 4, 2020 under the theme ‘ not all disabilities are visible’.

“As we are commemorating the International Day for Persons with Disabilities, government has put in place a lot of activities to spread awareness messages of human rights for our friends who are disabled.

“In line with that, we want to make sure that all those persons with disabilities who are begging in the streets are well taken care of and that no one should be found in our streets,” Kaliati said.

“As government, this is the month during which we are going to popularise programs for persons with disabilities and make sure all are implemented.

“We want to make sure that all the programs are benefiting persons with disabilities and that at the end of it, all are accounted for,” she explained.

The minister added that persons with disabilities can contribute to national development if they are supported in all areas of social needs.

“We need to take care of our brothers and sisters who are disabled by making sure that they attend school and receive good health services. In so doing, they will be able to take part in developing our country.

“At FEDOMA, we have Mr [Simon] Munde who is disabled but his parents did not look at that, they made sure that he attended school. Now here we are, he is able to make contributions in the nation,” she said.
The minister further warned everyone who will be seen abusing persons with disabilities that they will be arrested.

“To be disabled does not mean you are unable; let’s support them so that they can also support us in another way,” Kaliati said.

In his remarks, FEDOMA Acting Executive Director, Simon Munde said as they commemorate this year’s International Day for Persons with Disabilities, they want to focus on rights of people with disabilities.

“We have put in place more awareness campaigns. We want people to know more about visible disability and the rights of people with disabilities so that they should be respected,” Munde said.

He explained that his institution has instituted access audit of public infrastructure to ensure that there is accessibility of persons with disability.

“We are engaging institutions that work with gender based violence to help us deal with these kinds of challenges because we believe making some places inaccessible is a violation of our rights.

According to the 2018 Malawi Population and Housing Census conducted by National Statistical
Office (NSO), the country has 1,734, 250 people with disabilities.