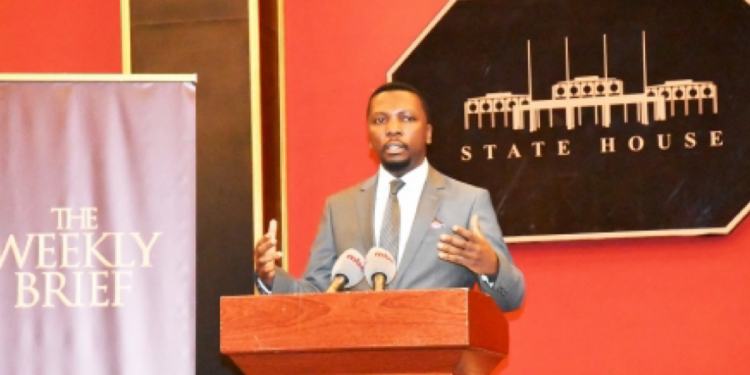 Kampondeni made the remarks during a Weekly Briefing of Monday at Kamuzu Palace in Lilongwe. He said recently there has been a lot of fake news on social media relating to President Chakwera and clarified that since President Lazarus Chakwera took over the presidency in June, he hosts cocktails on the last Friday of every month through which he
engages people from different sectors of Malawi society.

Kampondeni further said that it is perfectly in order for the President to attend to different matters of state while the VP handles other matters and it is not a sign of conflict.

During the briefing he also revealed that the president will be traveling to the Northern Region
over the coming weekend to attend to several official engagements in the Region.

Presidential Press Secretary, Brian Banda, also assured Malawian during question time at the same function that the president is committed to ensure that women and girls are protected in response to a question on the President’s efforts to curb the increasing sexual assault and violence against women and girls.

The briefings are held every Monday to update the nation about President’s engagements in the
previous and coming weeks.