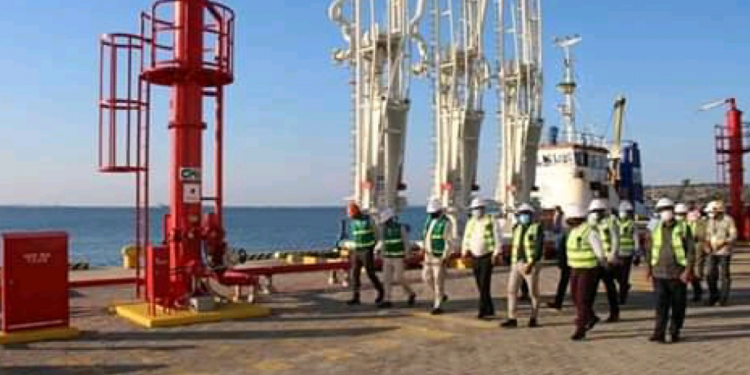 Under the Agriculture Inputs Programme (AIP), over 4 million villagers will benefit from the programme, buying fertiliser at nearly K5000 per 50 kg bag from K21,000 during the last planting season.

Mia said he recently went to Mozambique for consultations on the smooth flow of fertilizer to
Malawi, describing his trip to the ports of Nacala and Beira as “fruitful.”

He said among others, he discussed with his counterpart on areas that include fertilizer
prioritisation, quick clearing and improving security.

President Dr Lazarus Chakwera last month delivered one of the Tonse Alliance promises through the launch of AIP, aimed at defeating perrenial hunger.

“The country is assured of haste flow of fertilizer and in a more secure way,” Mia said.

” In the past two days we have received good feedback from the ports, there is quick handling of
AIP fertilizer. We plan to bring in about 30% to 40% more by the end of this month,” said the Minister.

Commenting on the logistics for AIP, Gustavo Stein of Central East African Railways (CEAR) said the company has among others added wagons and increasing the offloading capacity in order to ensure the timely delivery of the fertilizer.

“Adding wagons only was not enough so we also have increased our offloading capacity in Liwonde so that we should not be spending a lot of time offloading,” said Stain.

Malawi needs about 430,000 metric tonnes of AIP to cater for 4.2 million households.