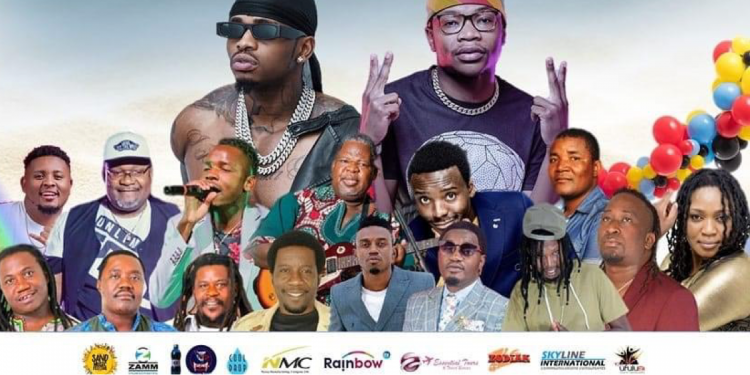 Organizers of the annual Sand Music Festival have said this year’s festival slated for October 30 to November 1, 2020 at the Sunbird Livingstonia Beach in Salima will cost over K40 million.

In an interview with Malawi Metro on Thursday in Blantyre, Impakt Events, who are the organizers of the festival, said sponsorship, which has been the biggest challenge in organizing the event, has been much better this year compared to the previous events.

Impakt Event Manager and Director, Lucius Banda said: “we can’t say how much this year’s event is going to cost us because we are still accumulating the expenses but we can project that it will cost us over K40 million,” he said.

Banda, who is the founder of Sand Music Festival, said all was set for this year’s festival which has been sponsored by Venom/Cool Drop, TNM, Nyasa, Sana, Lilongwe Dairy, Sunbird, Skyline and Mount Meru.

“There are a number of new companies that have come on board to help and support us and we feel that this is the beginning of a new chapter,” he added.

The Preparations for the sand festival are very good so far, we have musicians and venue confirmed, according to Banda.
World class Diamond Platnamuz from Tanzania and Man of the Moment Master KG from South Africa will headline this year’s event that includes music, games, acrobats, poets, visual artists and designers.

Patience Namadingo who has recently made collaboration with known Malawian artists will also perform live at the event, according to the organizers.

On the gospel category, Ethel Kamwendo Banda, The Great Angels Choir, Wendy Harawa among others will perform at the festival that is pegged at K25, 000 for three days with tickets being sold at Puma Filling Station, Acres, Chikondi Stop Over, Khala among others.

He said, “It is going to be a big festival with big musicians and tit will be very nice and everybody will enjoy it,”

The organizers said have tried their best to intensify security during the musical festival citing past experiences,

“For the past three years’ people, properties have been secure and we hope it will remain the same this year and the coming years,” Banda added.

This year’s festival will mark 10 years since the event was founded in 2010 at Zitherepano Club in Mangochi.

According to Banda, the event has grown bigger over the years despite facing challenges with the major being lack of sponsorship.

“The journey has been tough with obstacles and challenges but we had faith and we continued and here we are. We hope going forward the event will grow much bigger than it is now,” the director said.