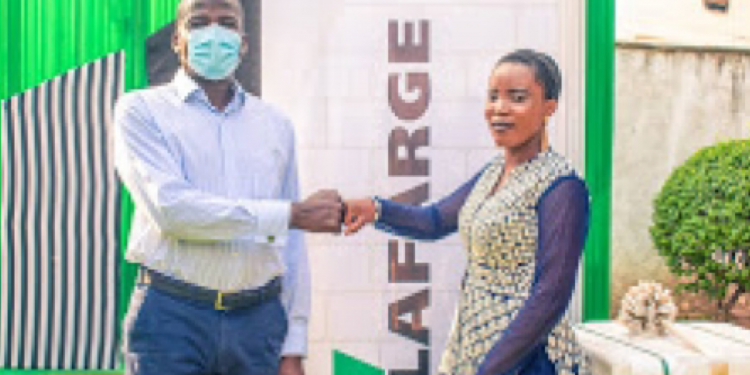 Lafarge Malawi Company, the manufacturer of cement, has awarded 10 first retailers in the Kumanga Loyalty Rewards Scheme since its launch in January 2020.

The retailers have walked away with prizes ranging from electric cooker, microwave to spar shopping vouchers worth K50 000, K20 000 and K10 000 at an award ceremony which took place on Monday at Lafarge offices in Blantyre.

Lafarge Chief Executive Officer, Geoffrey Ndugwa said the scheme was introduced to acknowledge retail customers’ support that do a lot of work for the company while maximising customers’ satisfaction.

“The company has a lot of retailers who are at the end of the channel and do a tremendous job in reaching out to our end users but they don’t get a lot of recognition, encouragement and support from us,” said Ndugwa.

Ndugwa said the company is, to some extent, doing well because of these retailers.

He, therefore, expressed need for the company to show its appreciation and give back to retailers through the awards.

Ndugwa further pledged that the company would continue improving its service delivery in response to the many queries they have received from customers.

“We are working on minimising delays in delivering goods which many customers complain about,” he said.

One of the retailers, Maryam Mauzeni of Mauzeni Investments who received an electric cooker, expressed gratitude to Lafarge Company, saying the company had demonstrated its working relations with retailers.

She, therefore, pledged that Mauzen Investment would continue doing business with the cement company.

“We have been honoured and given the courage to continue grow our businesses through these awards.

“This is a great achievement in the three years we have done business with Lafarge,” Mauzeni said.

Since the introduction of the scheme, Lafarge has registered 145 retailers that are to benefit at the end of each six months depending on the number of tonnes of cement each retailer sells.

Lafarge said will provide a one week trip to Dubai or Cape Town for two, a vehicle, 55” TV screen plus full DSTV set with three months subscription, a double door fridge and household furniture to successful retailers.