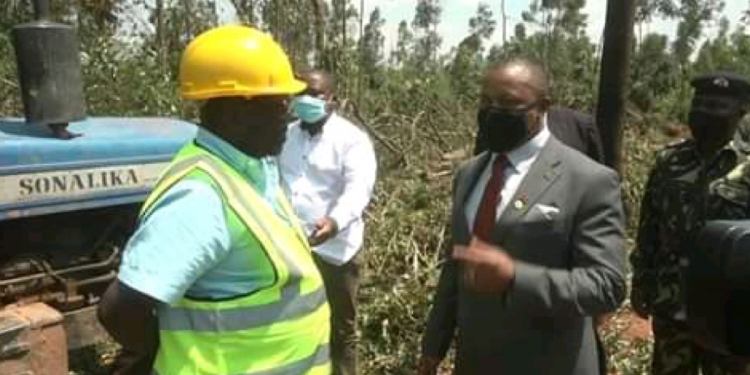 Vice President Dr. Saulos Klaus Chilima has condemned wanton cutting down of trees along the M1 road in Lusangazi Forest saying it is contributing to the destruction of the country’s wealth and beauty.

During his visit to the northern region to engage different stakeholders on public sector reforms, Dr Chilima said he observed with shock trees being cut down along the M1 road in Chikangawa and Lusangazi Forests which is against government’s agenda in conserving the environment.

The Vice President then made an impromptu stop to confront some timber millers involved in the
clearing exercise to check on documentation and permission from the forestry department.

Speaking to MBC, Dr. Chilima bemoaned the tendency of destroying trees which he said is also destroying the beauty and wealth of this nation.

Responding to the matter, one of the timber millers involved, Ken Nyirenda of Kike Timbers said his company got clearance from the forest department and ESCOM to clear the strip where ESCOM fiber cables are being installed along the M1 road.

Dr. Chilima has since said he will be engaging the Ministry of Environment to investigate the matter further.

The Lusangazi and Chikangawa forests have in recent years been depleted by timber millers,
charcoal burners as well as bushfires.