by Alick Chisi
in Education, National
0 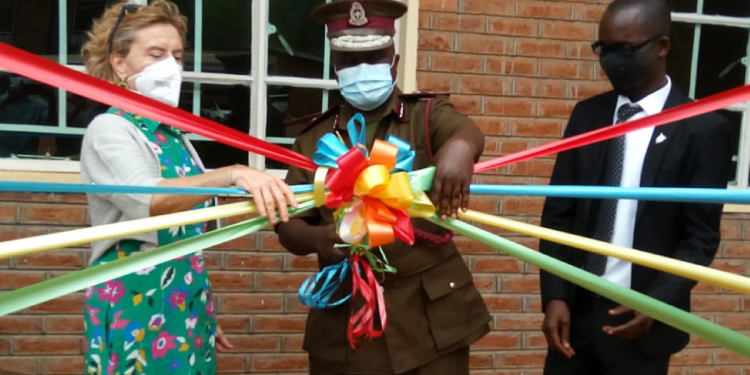 Speaking at the handover ceremony which took place on Saturday 24th October in front of the newly built technical block at Mulanje Prison, Sant’Egidio Coordinator for the District Bruce Tambwali said this is as a result of good relationship between the two institutions.

Tambwali said they decided to build the K15.9m technical block with an aim of helping inmates who are currently serving their sentences to have a place of learning and acquiring different technical skills.

He further added that what they need most is to rehabilitating the inmates so that they should acquire technical skills and become useful citizens once they go back home at the end of their sentences.

“As Sant’Egidio family, we are so much excited that today our dream has come true in having a technical building for our brothers and sisters here at the Mulanje prison in Mulanje district.

“We have done this with only one reason thus for them to be learning different skills instead of just staying without anything to keep them shaped and reformed and we are hoping that the skills will help keeping them self- dependant.” Said Tambwali.

Concurrently, Sant’Egidio General Coordinator Dr Paola Germano commended the Malawi prison service with their continual relationship and collaboration with them in helping the people to become better citizens through various means available within prisons.

He has since urged the public to respect and protect the poor especially the elderlies who are mostly victims of mob justices on allegations of witchcraft as in regards to what happened recently in Dedza district.

Kainja said this is a gift which will help the inmates with different technical skills and that they should become useful members of the community once they finish their sentences.

“We are so happy with the building which has been built for us, many thanks to all who gave their resources for it . Whenever possible, also remember us with different instruments so that together we help train our brothers and sisters. Thanked Kainja.

Reacting to the development, one of the inmates at the facility William Nambazo thanked Sant’Egidio group for the beautiful technical block claiming it will help them accordingly.

He added that with the coming of the structure, their stay at the prison will be painless saying it will keep them very busy in learning different technical skills.

The community of Sant’Egidio started in Rome in 1968 and is currently present in more than 70 countries Malawi inclusive and says it lives by the pillars of Prayer, Poor and Peace.