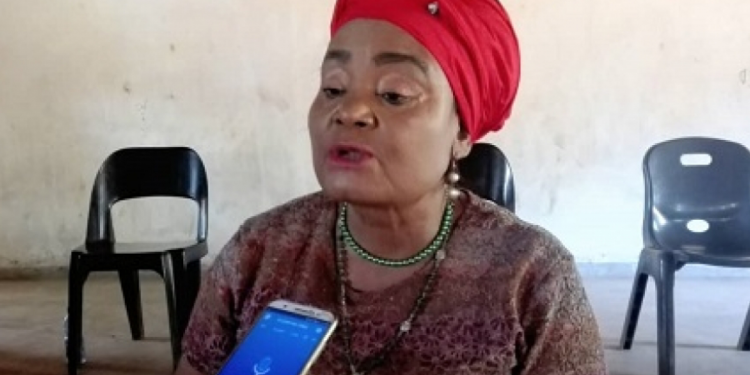 Minister of Gender, Community Development and Social Welfare has challenged chiefs to be in the forefront in ensuring that all traditional and cultural practices that fuel gender inequality should be put to a stop once and for all.

Kaliati was speaking on Monday in Mulanje at Chambe Community Hall during a sensitization meeting of traditional leaders from the area of Chief Mkanda organised by National Forum for Youth Development.

She observed that most of the cases of gender based violence emanate from outdated traditional beliefs and norms.

“Gender inequality has been blamed for fueling gender based violence (GBV) among school going girls in the district. Among other causes of gender inequality are traditional beliefs and norms which make some parents favour educating boys at the expense of the girl child,” she said.

At the meeting, it was also revealed that most husbands in the area practice ‘chitengwa where a wife stays at her husband’s home where they are temporarily allocated a piece of land to stay as a family.

“However, problems surface when the husband dies, because the relatives of the husband come to claim ownership of the piece of land and as a result the woman is chased away which makes her and her children prone to abuse by sexual predators,” said Kaliati.

In reaction, Kaliati advised Senior Chief Mkanda to ensure that such kind of marriage arrangements are discouraged by making sure that the clan should negotiate with the husband to either buy a piece of land or register the piece of land as his own so that land ownership wrangles which happen after the death of the husband are brought to an end in the district.

“Chiefs are the custodians of our culture as such I urge you to stop all practices that hinder women from being recognised as equals with men in your areas. If a chief is found taking part in facilitating early marriage or land grabbing; that chief will be removed from his or her position because remember that you report directly to the president,” Kaliati warned.

Project Officer for NFYD in Mulanje, Angella Somba said the project will bridge the gaps that existed in the implementation of previous projects that were aimed at eliminating GBV and early marriages in the district but failed to achieve the desired outcomes.

“We are taking a different approach as far as ending early marriages is concerned. We looked at the fact that most girls who were withdrawn from early marriages are going back into the illegal marriages,” Somba said.

Somba said a research conducted by NFYD established that most of the girls go into early marriages because of poverty and that efforts to take them out of such marriages prove difficult considering that after sometime they return to the marriages because they lack supplies like exercise books and soap.

“We are implementing this project to make sure that all girls withdrawn from marriages are supported so that they should not think of returning to their marriage,” she added.

In his remarks, Senior Chief Mkanda said the project will go a long way in making sure that cases of early marriages are declining in her area.

“The approach of providing assistance to girls is a very welcome idea which I believe will stop the girls from thinking of returning to the said marriages as they will have the necessary support for their education,” Mkanda said.

NFYD is implementing a four year project called Girls Get Equal (Nzotheka) in traditional authorities; Mkanda, Juma, Mabuka and Njema with financial support from Norwegian Agency for Development running from 2020 to 2024.