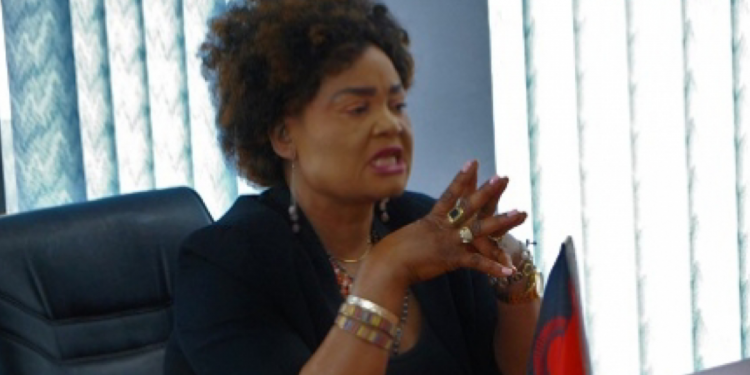 Minister of Gender, Community Development and Social Welfare, Patricia Kaliati has warned that her ministry will punish anyone involved in gender based violence (GBV) against girls, women and the elderly in the country.

The Minister made the remarks in Lilongwe on Monday during a press briefingwhere shecondemned what she described as extreme inhuman forms of GBV currently taking place in the country.

She said her ministry is deeply concerned with the increase of GBV cases which she said have affected women, young girls and the elderly.

“As a ministry, we are deeply concerned by the trend of violent incidences occurring in this country.

Recently, there were some reports that a girl was stabbed to death by her boyfriend in Mzimba due to mere allegations of cheating.

In Chileka-Blantyre, a 9-year-old girl was badly scalded by her own father on the allegation that she refused to clean dishes. She is in a bad state with deep wounds on her hands and feet.

In Chikwawa, 11- year-old girl was severely defiled by a 38-year-old man after being forced into sex incited by K400.00. In Dedza, an old elderly woman was brutally murdered last week by the angry mob on allegations of witchcraft.

Kaliati said it was saddening to note that in this age and era when people are supposed to be more civilized, some Malawians are still involved in barbaric acts against fellow Malawians, particularly women, girls as well as young boys.

She, therefore, said her ministry is determined to protect women, girls and the elderly against GBV and that perpetrators would not be left scot-free.

“My ministry will strengthen its resolve to protect vulnerable people and ensure that they are not abused.

In her remarks, NGO Gender Coordinating Network (NGOGCN) representative, Jessie Ching’oma said her organisation is also worried with the violence which young girls and women are facing in the country, hence the call to government and NGOs to join hands to fight against the challenge.