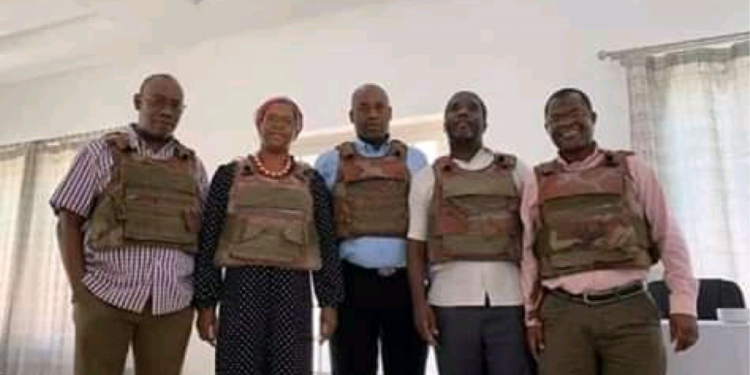 According to Niblett, the choice for the five judges was made by a ballot of all Chatham House members.

“I am delighted to inform you that your nomination for the 2020 Chatham House Prize has been voted for as the winner of this year’s award.

“All of us at Chatham House, including our three Presidents – Sir John Major, Baroness Manningham-Buller and The Lord Darling of Roulanish– join me in sending you our warmest congratulations.

“As I believe you are aware, the choice among the nominees for the Prize was made by a ballot of all Chatham House members. Our members recognised you for upholding the independence of the judiciary in your historic February 2020 ruling on Malawi’s presidential election.

The five Justices Redson Kapindu, Healey Potani, Ivy Kamanga, Dingiswayo Madise and Michael Tembo nullified the 2019 presidential election and ordered a fresh one owing to the massive and systematic irregularities.

Following the development, Malawi’s profile was raised as it is rated as a beacon of democracy coupled with the way the fresh Presidential poll was handled by the new Malawi Electoral Commission chairperson Justice Chifundo Kachale.

The Chatham House Prize was instigated in 2005 and is awarded on behalf of its Patron, Her Majesty the Queen of England.

Since its establishment in 1920, it has been a world-leading centre for research and analysis for international affairs.

Arrangements are being considered to have a presentation in person in the near future, perhaps in Lilongwe, and in the United Kingdom at the London Conference scheduled for June next year.