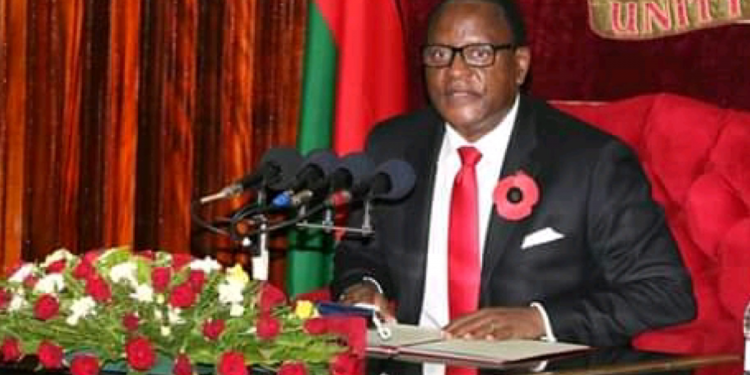 President Dr Lazarus Chakwera on Monday inaugurated this year’s Poppy Week with an appeal to the general public to be supporting war veterans and ex-service men.

Launching the week at Sanjika Palace in Blantyre, the President, who is also the Commander-In-Chief of the Malawi Defence Force (MDF) said his administration is concerned with the hardships war veterans and ex-service men face and will handle the situation as “a matter of urgency.”

Poppy Week starts on October 26 every year and wraps up with the Remembrance Sunday which this year falls on November 8.

“Buying of Poppy flowers is also a sign of appreciation to the gallant men and women who
have sacrificed a lot for the peace and freedom that is being enjoyed now here in Malawi and all over the world,” added the Malawi leader.

The President has expressed commitment that his Government will make sure that the organisation that is overseeing war veterans and ex servicemen is well strengthened and well funded for the betterment of the noble men and women.

Chakwera, who is also the patron for Veterans and Ex Servicemen League of Malawi (VELOM) has stressed that supporting such a community is a responsibility for all.

The chairperson for VELOM Brigadier Charles Kalumo(Rtd) commended the Malawi leader for
pledging unwavering support to their initiatives.

Chakwera bought the inaugural poppy flower to mark the beginning of the Poppy Week. During the event, the country’s leader was among others flanked by the Deputy Minister of Defence
Jean Sendeza and MDF Commander General Vincent Nundwe.