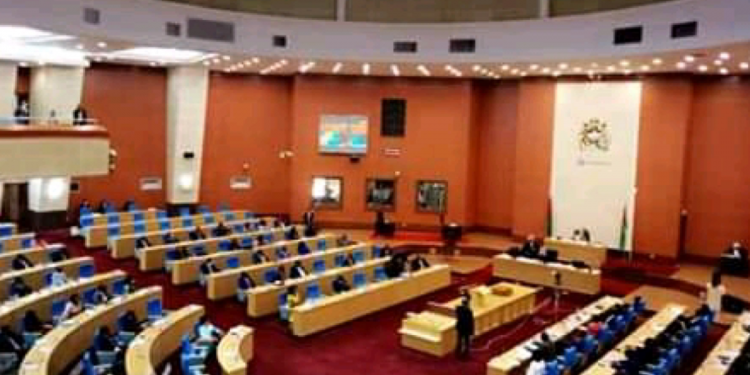 The National Assembly has today, 23rd October, 2020 concluded its 1st Meeting in the 49th Session of Parliament. The 7-week long Budget Meeting of Parliament saw the House table a number of issues including passing the 2020/2021 Budget. Below is a summary of business which was considered and disposed of by the House during this Meeting.

1. Opening of the 1st Meeting of the 49th Session of Parliament

His Excellency, the State President, Dr. Lazarus Chakwera on Friday, 4th September, 2020 officially opened the First Meeting of the 49th Session where he delivered his maiden State of the Nation Address (SONA) entitled, “Restoring warmth to the heart of Africa,”

2. Confirmation of the Inspector General of Police

On Wednesday, 9th September, the House confirmed the appointment of Dr. George Kainja as Inspector General of Police.

During this Meeting of Parliament, His Excellency, the State President, Dr. Lazarus Chakwera twice fulfilled provisions outlined in Section 89 of the Republican Constitution, to appear before Parliament and answer Questions from Members of Parliament. The State President first appeared Appeared on 10th September, 2020, then 21st October, 2020.

The Budget Statement was delivered to the House by the Minister of Finance, Honourable Felix Mlusu on Friday, 11th September, 2020.

Following the Budget presentation, the House proceeded into Cluster Committees for a period of two weeks, from 14th – 25th September, 2020. During this period, the individual Committees scrutinized all the votes in the budget and engaged in extensive consultations with the various Ministries, Departments and Agencies. The National Budget was voted on over a period of three days in the Committee of Supply and subsequently passed on Wednesday, 14th October. The Minister of Finance subsequently moved for the adoption of the enabling Appropriation Bills on Monday, 19th October.

Four Ministerial Statements were presented to the House as follows:

The Honourable Minister of Agriculture- “The Affordable Inputs Programme”;

The Honourable Minister of Gender, Community Development and Social Welfare- “The Effects of Child Marriages and Teenage Pregnancies on Development”;

On Thursday, 22nd October, 2020, the Honourable Minister of Finance gave two reports to the House on the Assembly on Governments Guarantee in favour of ADMARC Limited and Phanes Energy Renewables Nkhotakota Limited.

9. Questions on Notice to Ministers for Oral Replies

154 questions were sent to the various Ministries for oral replies. Out of these, 35 were adequately responded to.

During the Meeting, the House received one public petition. The petition was delivered by the Honourable Member for Blantyre City East on behalf of Members of the Pension Act Amendment Movement. This petition was referred to the Budget Committee for further scrutiny.

The House is expected to reconvene in December this year.