WE ARE LEAVING NO ONE BEHIND: CHAKWERA 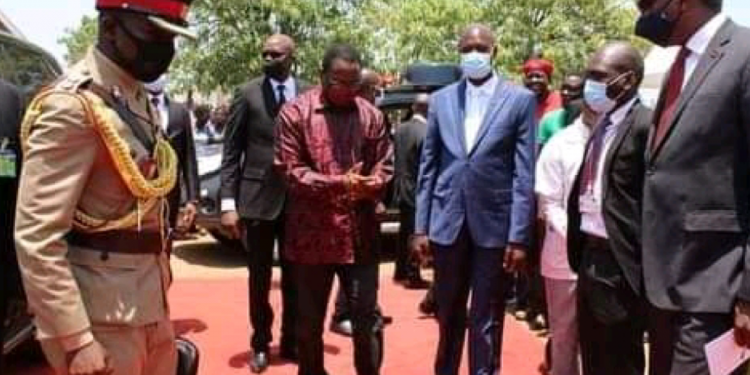 President Dr Lazarus Chakwera says the K160 billion AIP will go down in history as one of the fulfilled promises by the Tonse Administration.

The Malawi leader said this is the first of its kind to encompass each and every farm household in the programme.

“We are not talking about large scale but small holder farmers. We didn’t make the promise as a
campaign gymick but look today we are launching this initiative so that no one is left behind. We need to deal with poverty and hunger and these are the first steps,” said the President at Pirimiti primary school in Zomba.

Chakwera said other quarters think AIP is a waste of resources and should not be part of Government priorities.

He rebutted these assertions saying: “Even in big economies farmers are supported because
agriculture is the engine for growth.”

The Malawi leader said:” Government is spending K160 billion for production and not consumption.”

He said it is his wish to reverse the status quo where few people in the country are amassing
wealth whilst the majority languish in poverty.

The President said Government has set deliberate policies to empower the poor rural households. He highlighted that the software for managing AIP biometrically has been locally developed.

“We have saved a lot of money in this new arrangement. Even the software for management of
the programme has been locally developed by our youths.”

In terms of demand, the President said if farmers work extra hard, they will have an opportunity to sell the excess. He disclosed that Sudan is a ready market as it is in need of a huge tonnage of maize.

The Malawi leader has since advised farm households to be responsible enough not to sell farm inputs as Government has done this programme for their benefit.