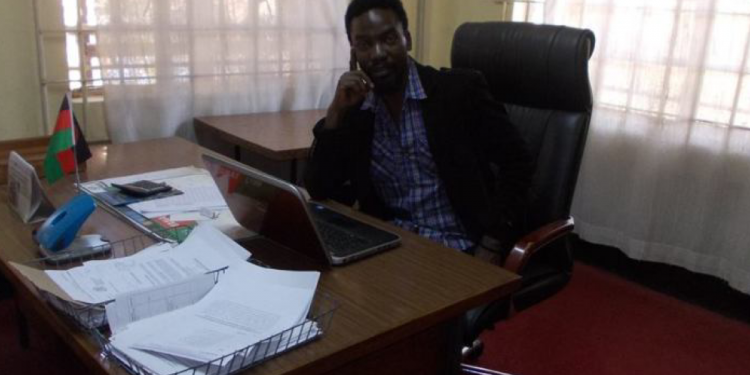 The Industrial Relation Court on Tuesday reinstated Leader of People’s Land Movement [PLO], Vincent Wandale back on the Government Payroll, ordering the Ministry of Agriculture to do this within 30 days.

The court has also ordered the Ministry of Agriculture to award Wandale salary arrears accumulated from 2017 up to date after the former DPP Govt unlawfully dismissed him.

This has been a great achievement for Wandale who the DPP led by former President Prof. Peter Mutharika regarded him as mentally disturbed man for leading the concerned citizens of Mulanje, Thyolo and Chiladzulu to reclaim their land back for them to use it for farming.

The former DPP Government not only fired him from his position at the Ministry of Agriculture but sent him to the mental hospital in Zomba for medical examinations and treatment.

As mental health specialist from United Kingdom [UK] re – examined Wandale and declared him mentally fit.

Meanwhile, a Malawi Congress Party [MCP] staunch supporter, Mr. Rodgers Kamphangale, has advised the Tonse Government through its leader, President Dr. Lazarus Chakwera to hold the former DPP Government accountable to pay Wandale and all those who were unlawfully dismissed by the DPP in Government.

Kamphangale fears that many such cases would be coming in and this new Government would be losing more money which can be used to fulfill some of the campaign promises.

‘’The reinstatement of Wandale back to his position in the civil service will be a lesson to all of Wandale’s enemies who escorted his body to the grave as a mad person and buried him a live,’’ said Kamphangale.

Kamphangale asked him to fulfill his mission of fighting for the poor, reclaiming their land from foreigners that have grabbed Malawian land illegally; asking the Tonse Government to honor Vincent Wandale as a freedom fighter who fought Mutharika right from the Lhomwe belt.