Chawinga Sisters join The Scorchers in camp from China 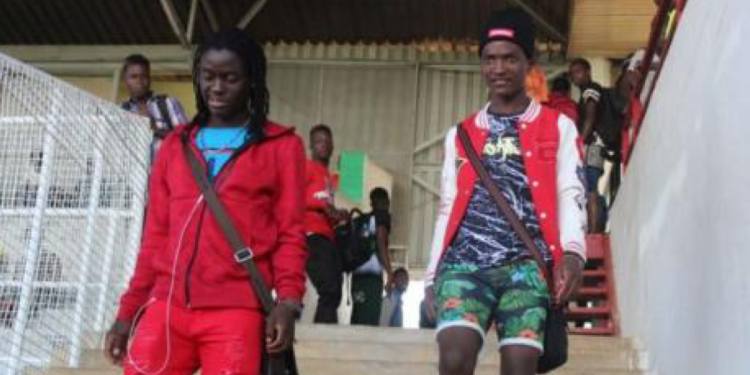 Malawi National Women’s Football Team Coach MacNebert Kazuwa on Wednesday named a 35-member squad ahead of the competition set for Nelson Mandela Bay in South Africa between 3-14 November, 2020 that includes the sisters.

Last year, Tabitha was named one of the competition’s heroes but unfortunately she never turned up due to club commitments. This time the duo is available after concluding their 2020 season last weekend with Temwa’s side Wuhan winning the Chinese Women’s Super League champions in her debut season.

The Scorchers will start camp training on Thursday October 15, at the Mpira Village in Blantyre.
According to Football Association of Malawi (FAM) Director of Communications, Gomezgani Zakazaka, Southern Region based players already started arriving at Mpira Village on Wednesday afternoon while those from the Centre and North will join on Thursday.

On Coronavirus (COVID-19) measures, Zakazaka said all locally-based players underwent tests over the past three days and the results were negative.

“The players will also undergo medical and fitness tests on Thursday as well as COVID-19 camping guidelines orientation before they start their training sessions.

“This is a great opportunity for the team as FAM we made a commitment to have them
participate in all the competitions available.

Since 2017 they haven’t missed the COSAFA; they played in the Olympics qualifiers for the first time last year and this year they were due to play in the AFCON qualifiers against Eswatini but the match was called off and the whole competition was called off due to COVID-19 pandemic,”
he said.