Jose passes guard of honour sword to Kainja his successor 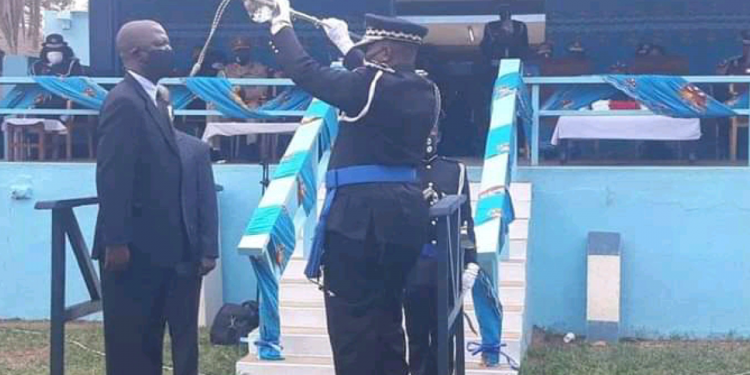 In between the two also served Duncan Mwapasa in acting capacity but was never confirmed.

Kainja stressed that there’s need to restore the lost Glory between the Malawi Police Services (MPS) and the public’s in order to bring back the lost trust.

Hello said the MPS needs to be independent from any political influence in order to maintain peace and security among Malawians.

On his part Jose thanked this predecessor for a good start as currently the Police are able to execute their duties without favour or political inteference when discarding their duties.