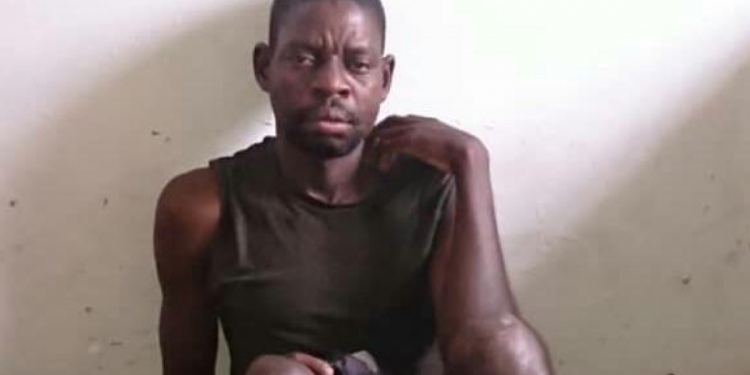 Police in Dedza have arrested a 41 year old man accusing him of killing a 34 year-old kabaza operator on allegation that he caught him red-handed making love with his wife.

According to Dedza police public relations officer Sergeant Cassim Manda, the suspect has been identified as Kambala Golden who is suspected to have killed Shem Natale, of Dungeya village in the area of Traditional Authority Kachindamoto in the district.

Sergeant Manda said
the incident happened at Mkosini market in the district earlier this week following rumours which indicated that Golden’s wife was having a sexual affair with the deceased.

It is reported that the suspect decided to be secretly following the movements of his wife to prove what other people had been telling him about his wife.

Further reports indicate that on that particular day, Golden was coming from his bicycle repairing shop and first stopped at Nkosini Market to see his wife who was plying her business at the market.

Golden lied to his wife that he wanted to see his friend at another side of the market and that he wouldn’t come back to pick her and he later hide himself in order to observe the movements of his wife.

Just after 20 minutes, the suspect saw his wife calling the said motorcyclist using a symbolic gesture and he later saw the two going towards unfinished house which was close to the market.

The suspect followed them and found them having sex, which prompted him to stab Natale with a knife on the neck.

Well wishers took the victim to Nakalazi Mission Hospital as the suspect confisticated the victim’s motorbike and handed himself over to police with the knife he used to stab him in his hand.

Few hours later the victim passed on and postmortem results has showed that, Natale died due to loss of blood as a result of deep cut at his neck.

So far, 26 people in Dedza have been murdered from January to September, comparing to 24 people killed last year during the same period, representing 8.3 % increase.

The suspect hails from Chitukula village in the area of Traditional Authority Kachindamoto in Dedza district.