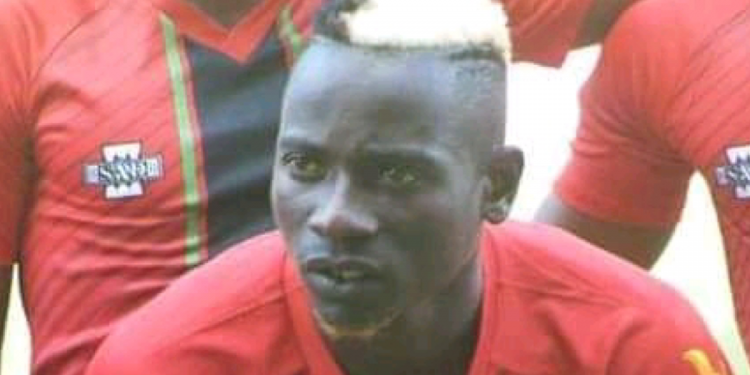 Striker Khuda Myaba has apologised to his South African side Polokwane City, Flames coach Meck Mwase, former Flames striker Essau Kanyenda and the Football Association of Malawi ( FAM) over his bad behaviour on and off the pitch.

Recently, former Silver Strikers forward hurled insults at Kanyenda and the Flames coach for not including him in the Flames squad.

He has since rescinded his decision to leave the team, saying he wants to help Polokwane City to return into the South Africa’s top flight league.

The team was relegated to the lower league following a poor run in the 2019/20 Premier League.

He wrote on his official Facebook page, “I would like to strongly apologize to the Polokwane Family (the chairman, the technical team, my fellow players and the supporters) for my behaviour on and off the pitch, this to assure you that am now committed than ever to help the rise and shine
family rise again back into the PSL.

“And to the Malawi Football Association, the national team coach Mwase, Kanyenda my legend, fellow Malawian national team players and all Flames supporters.

“I would like to say sorry for the bad words and behavior, I will make sure I give my all and help the team get the desired results if called upon for duty
again. Am deeply sorry.”

Myaba is on record to have blamed Kanyenda for facilitating his move to Polokwane City, saying he was suffering at the club because of him.

Muyaba, who also played for Moyale Barracks, joined the South African side in January this year, having won the 2019 TNM Super League golden
boot award with 21 goals.