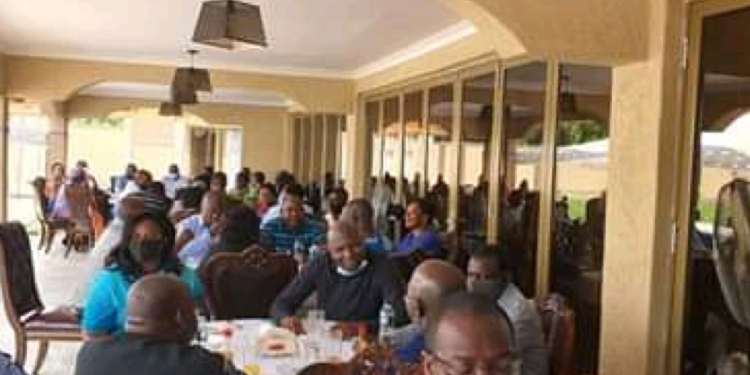 The DPP President Prof Arthur Peter Mutharika is this afternoon meeting DPP members of parliament
at his private home in Mangochi.

The meeting comes at a time when the party is divided over the Leader of Opposition in house and
the firing of four top officials in the party including Vice President for the South Kondwani Nankhumwa
and Secretary General Grezelder Jeffrey.

According to a list that Metro has seen, Mutharika has invited 58 MPs in total and has left out 12 others whom he feels are part of the “Nankhumwa camp”.

Speaking in an interview with Malawi Metro one of the MPs from Mwanza West Joy Chitsulo described the move as a missed opportunity.

“Since the president has invited the MPs to his private home it could be they are discussing private issues, hence singling out some of us.

But if it has to do with parliament business it could have involved all MPs since we are the ones who
advance the DPP agenda in parliament”, said Chitsulo.

She added that even though they haven’t been invited but their allegiance is still towards DPP and its leadership.

Meanwhile Metro understands some MPs have rejected the invitation and will be attending a rally by Kondwani Nankhumwa which is set for Desert ground in Bangwe.