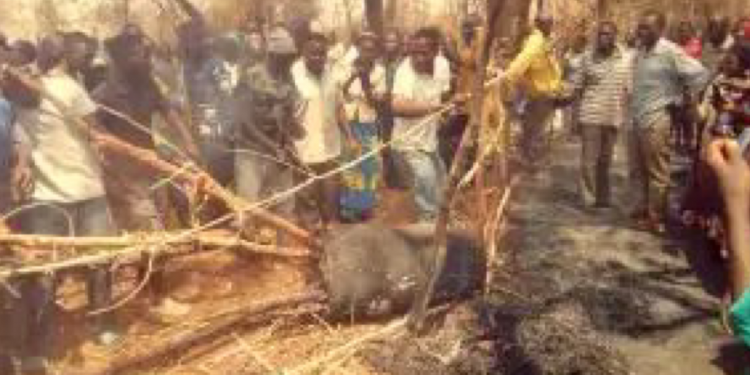 Poilce in Chipata have finally charged seven Nyau dancers with murder after they were implicated in the death of a 36-year-old man of Vwala village in chief Chikuwe’s area in Kasenengwa District.

The deceased, Chipateni Soko, was beaten to death by his fellow Nyau dancers after he allegedly burnt down their shrine locally known as Dambwe.

After he burnt down the secret shrine, the dancers ordered Soko’s family to donate grass so that the burnt structure could be reconstructed before summoning him to the Dambwe.

At the Dambwe, Soko was tortured by the dancers and he later died.

Mr Sakala ruled out the turning of some of the suspects into state witnesses.

The deceased was buried last week at Vwala graveyard.

During his burial on Wednesday last week, angry villagers burnt the reconstructed Dambwe and destroyed everything that was found at the secret place such as drums and flags.

Women who, by Chewa tradition, are not allowed to enter the Dambwe trespassed on the secret place and participated in destroying the drums.