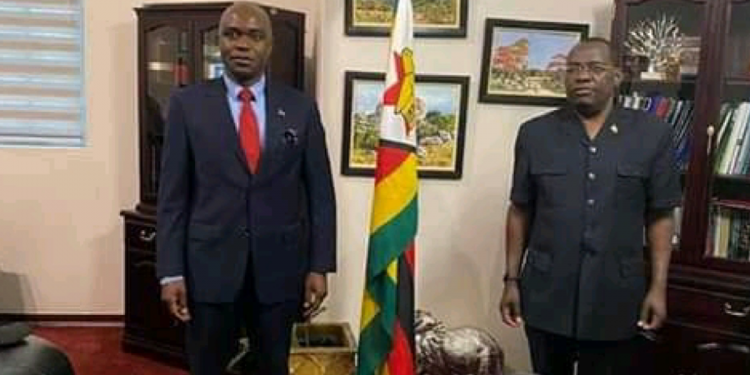 The Malawi Government says it will further empower institutions of economic governance to service the needs of investors and all matters of
business people.

Mkaka expressed Malawi’s desire to strengthen the relationship with her neighbours before other regional and multinational relationships. He observed Malawi had in recent years paid less attention to her nebhouring countries.

“Zimbabwe, Malawi and Zambia have a long history together. History that dates back before colonisation. The meeting with my counterpart therefore was looking at what we can do together to develop our nations.

“Our President Dr Lazarus Chakwera is trying to mend relations with our neighbours. The President therefore needs to activate Malawi’s relations with the neighbors and the continental neighours and later on the global networks,” Mkaka said.

He added that the discussion also focused on economic activities involving three countries.

“I sold the idea of the possibility for a tripartite economic hub involving Zambia, Malawi and Zimbabwe. You recall that historically these countries were one during the federation of Rhodesia and Nyasaland.”

He said this is the reason Zimbabwe has made Chichewa its fourth official language, acknowledging the fact that Malawians that are living here have a material proportion in terms of their population.”

Chakwera is expected to undertake a two day official visit to Zimbabwe between September 30 and October 1 this week.