Woman sentenced to 3 years for possession of Indian hemp 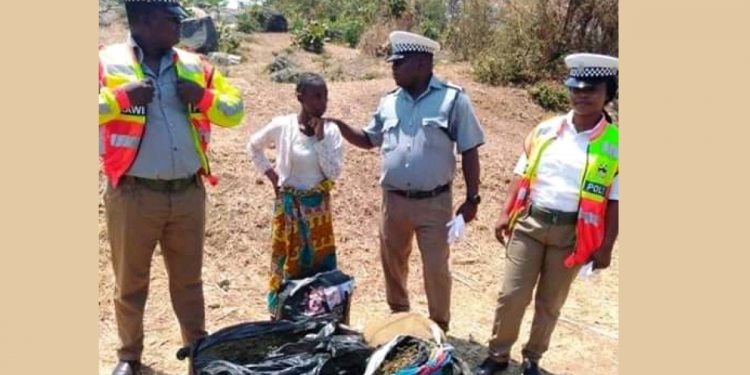 A 38 year old woman who was found in possession of 60 kilograms of indian hemp without documentation will be in jail for three years after she failed to pay a K220,00 fine as ordered by the court in Nkhotakota.

The Nkhotakota First Grade Magistrate Court, heard that Mirriam Dickson was found with the hemp along M5 (Salima Nkhotakota) road on 21st September 2020.

The court heard that Dickson was found with 4 travelling bags containing the hemp concealed in black plastic bags weighing 15 kilograms each.

In his ruling, First Grade Magistrate Fred Juma Chilowetsa ordered the woman to pay a fine of 220,000 or in default serve a 3 year jail term.

However, Dickson has failed to pay the fine and has since been sent to Nkhotakota Prison where is she is expected to serve a 3 year jail term.

Dickson hails from Mgomba village in the area of Traditional Authority Msamala in Balaka district.