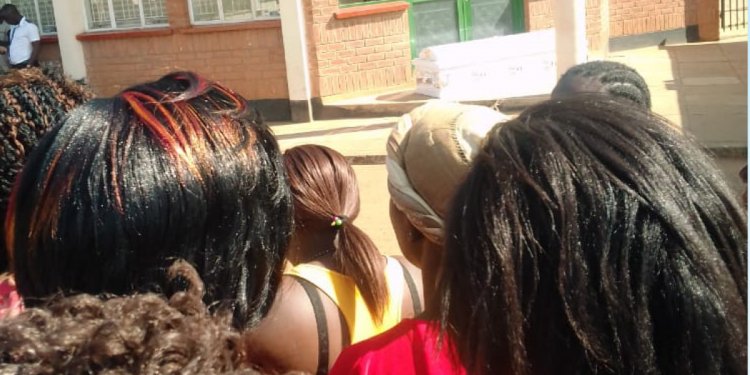 Angry business people from Mzuzu and Lilongwe have taken the coffin having the remains of business person Denis Katsache to MRA offices in Mzuzu.

According to friends the late came with a 15 truck full of drinks from Tanzania and paid at the border Songwe. .

On his way he was stopped at Chitimba MRA check point where upon checking he was told that the goods were undervalued. Calculations were made by MRA officials and a penalty was imposed. The deceased cooperated and added about MK4.5 million.

After this he was again told that the calcualations were not accurate and he has to pay more.

This did not go with him and he developed his blood pressure went up and eventually led to his death.

Traders got wind of the story and gathered together both in Lilongwe and Mzuzu. This morning they engaged the minister of Trade Hon Sosten Gwengwe who in the middle of the meeting he called the MRA Commissioner General.

It was agreed that MRA Mzuzu must release the truck and give back the money to the deceased’s wife which was added. To their surprise MRA Mzuzu declined to do so and this left the traders to take the coffin to Mzuzu MRA offices.