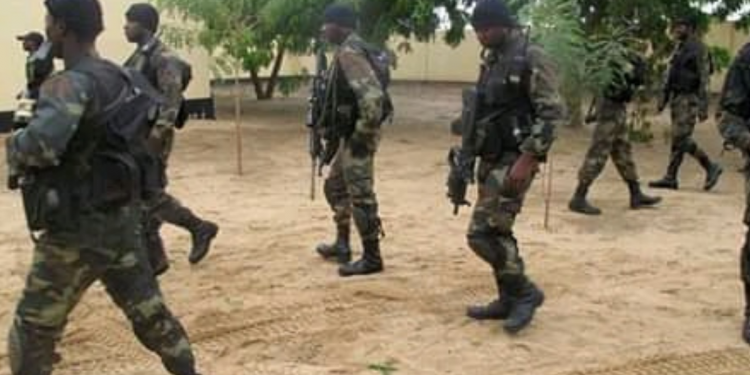 Four Cameroonian soldiers have been sentenced to 10 years for their roles in shooting dead two women and two children in 2015.

The killings were captured on a video that circulated in 2018, which showed the victims being hooded and shot.

The government initially dismissed the footage as “fake news”, but later arrested seven soldiers.
An investigation by @BBC Africa Eye showed that the incident happened in a village in the far north of Cameroon.

It also identified three of the soldiers who pulled the trigger.

In the video, the soldiers are seen accusing the women of involvement with Boko Haram, the militant Islamist group whose insurgency in neighbouring Nigeria had spread across the border.

The victims, who included a baby tied to one of the women’s backs, were then marched down a dusty road, blindfolded and shot 22 times.

Out of the seven who were put on trial by a military court in the capital, Yaoundé, two were acquitted.
As well as the four soldiers receiving 10-year sentences, a fifth soldier was sentenced to two years.