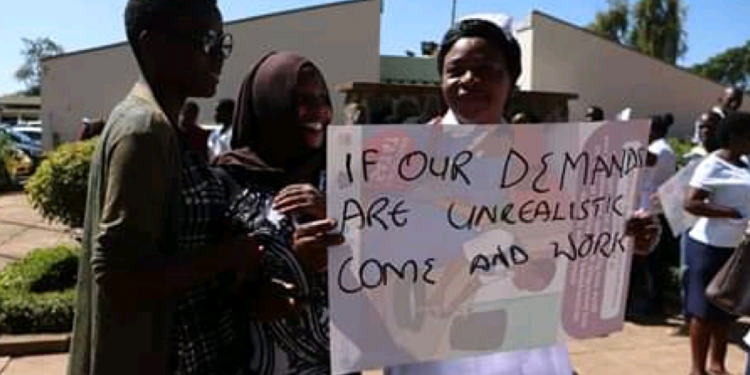 Health Workers at Zomba central hospital have given authorities at the health facility 48 hours to
outline strategies government intends to implement in order to address their grievances.

Meanwhile , the health workers including pharmacists and other support staff have partially
withdrawn their services to push for salary arrears dating as back as 2015.

Besides, the health personnel have served hospital authorities with a forty-eight hours ultimatum to put in writing what they have agreed with government on how it intends to address their grievances.

In an interview, a representative of the health workers who opted for anonymity said they will
continue to withdraw their services until authorities provide a reasonable response to their concerns.

The Ministry of health Spokesperson Joshua Malango said his ministry has informed me Minister on the predicament and rapid response feed back will be given to avoid the issue blowing into something complicated.