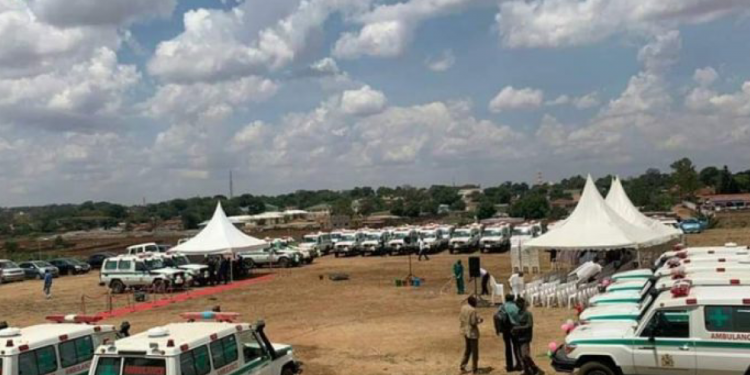 2
SHARES
6
VIEWS
Share on FacebookShare on TwitterShare on Whatsapp

MOH has released a notification of award of a contract to Grandview International of Lusaka, Zambia to supply 35 Toyota Land Cruiser Ambulances.

However, HRDC questions the rationale of the ministry’s wish to award the contract to the company despite that there were some better bids from locally based companies.

“It is alleged that apart from being cheaper, Toyota Malawi also offered 2 years of free service of the vehicles.Grandview International is also controversial in their home country, Zambia. The opposition leader Chishimba Kambwili is alleged to have referred to the company as the Guptas of Zambia due to their alleged closeness to the Zambian Presidency.

“Grandview is a subject of investigation by the Anti-Corruption Commission in Zambiain their supply of 42 Fire Trucks at $1 million each. Given that Malawian companies were even cheaper, we are surprised that this contract was awarded to a seemingly questionable Zambian company,” reads the letter signed by HRDC Chairperson Gift Trapence.

In 2018 and 2019, the local media was awash with stories that Ministry of Health (MoH) officials went behind the ACB to issue a MWK4 billion Ambulance contract to Paramount Holdings despite enforcing institutions raising concerns.

But the MoH proceeded to award Paramount contract without regard of procurement procedures. GCU has mandate to vet high value government contracts before they are awarded.

Former GCU director Janet Banda told Nation on Sunday in 2019 that they scrutinised the ambulance deal between MoH and Paramount Holdings but raised a number of compliance issues.