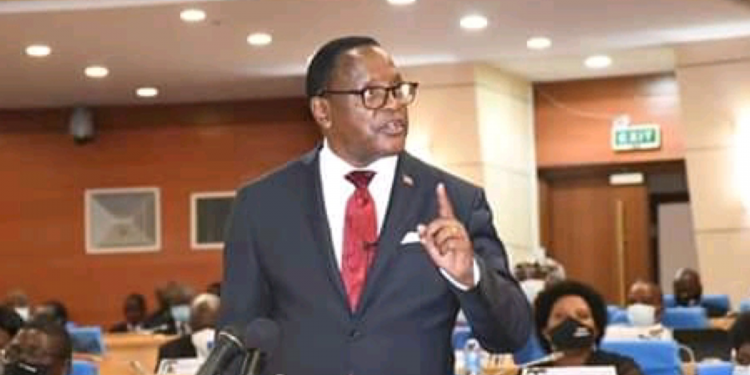 1
SHARES
18
VIEWS
Share on FacebookShare on TwitterShare on Whatsapp

Earlier State President Dr Lazarus Chakwera engaged Members of Parliament at the new Parliament building in Lilongwe where he engaged the legislatures in an interface, responding to their concerns in regard to the State of the Nation Address which he had delivered on Friday, September 4th, 2020.

On Wednesday, September 9th, 2020 the legislative house passed a motion to operationalize Section 89 (3) and (4) of the Constitution of the Republic of Malawi which deals with questions to the president.

Section 89 (3) and (4) provides that the President shall each year before the consideration of the official budget, attend parliament and shall (a)
address Parliament on the state of the nation and on the future policies of the government at that time, (b) report on the policies of the previous year
and (c) respond to questions.

Section 4 provides that the President shall be called to Parliament to answer questions at such times as may be prescribed by the Standing Orders of Parliament or on a motion of the National Assembly.

Among the concerns raised was the construction of 193 houses for Members of Parliaments . In response, the Head of State told the House that funds for construction of the houses would not come at the expense of any other crucial projects, and underscored that through the initiative,
government would save billions that are currently spent on MP’s housing allowance.

Dr Chakwera attended the meeting along State Vice President, Dr Saulos Klaus Chilima has. He has since hailed the interface as healthy for the
progress of democracy.