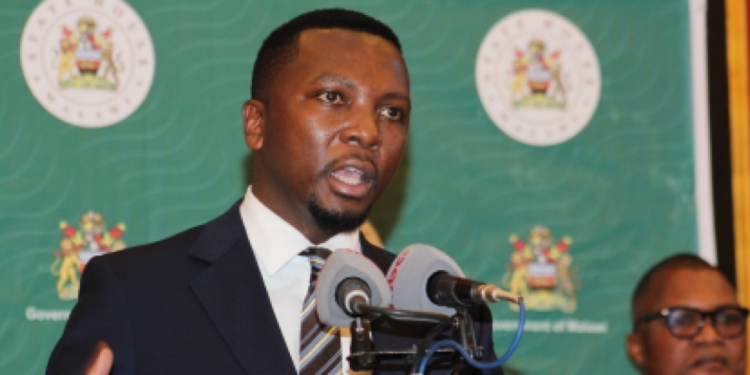 State House has set the ball rolling in information dissemination by launching weekly televised press briefings.
The inaugural press briefing took place at Kamuzu Palace in Lilongwe on Monday where Director of Communication, Sean Kampondeni, made a statement and answered questions from journalists.

Kampondeni said the briefings will give weekly updates of the President’s activities in the past week and include what he will do in the following week.

He said the weekly briefings are in line with what the president pledged on implementation of Access to Information law.

“We intend to include ministerial portfolios in the coming weeks where Ministers and/or Deputy Ministers will avail themselves to update the nation on various development programs,” he said.

Kampondeni outlined a number of engagements that President Chakwera carried out last week and what
he is expected to do this week. He cited a meeting with bishops of the Evangelical Association of Malawi (ECM) on the need to reform statutory corporations and governance issues, meeting with Minister of Trade, Sosten Gwengwe, on the issue of World Trade Organisation (WTO) and what Malawi is expected to do on WTO, meeting over the phone with the President of the Millenium Challenge Corporation (MCC), Sean Caincross, on the second compact among other engagements that the presidency undertook.

“The President also met former Malawi Defence Force (MDF) Commander, Peter Namathanga before he was relieved of his duties. The president didn’t want Namathanga to hear of this decision from the media,” said Kampondeni.

This week the President is expected to meet his advisor on special duties, Martin Thom, Minister of Youth and Sports, Ulemu Msungama and Prof Chiotha of the Lilongwe University of Agriculture and Natural Resources (LUANAR) to discuss on how to spearhead environmental issues.

In an interview after the briefing, Minister of Information, Gospel Kazako hailed the initiative saying it is important in as far as information dissemination is concerned.