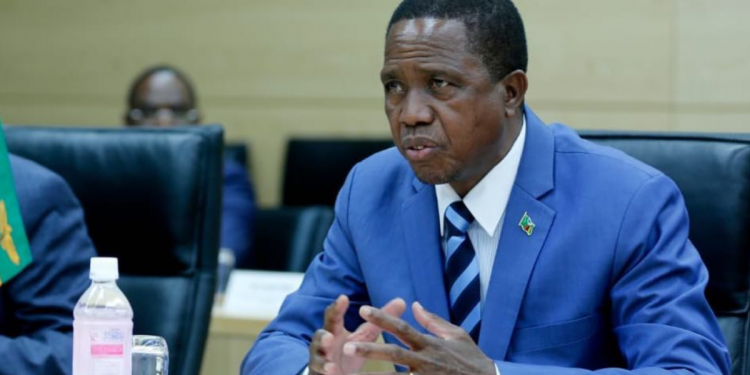 2
SHARES
14
VIEWS
Share on FacebookShare on TwitterShare on Whatsapp

According to the Police, they have failed to prove that the name Edgar Lungu named after a Dog was that of the President or any other name relating to President Edgar C. Lungu.

Family members who stormed Kalingalinga Police post in the early hours of Thursday demanded that their relative be removed in the cells forthwith or risk their police post being on flames.

According to a relative only identified as the mother asked police officers who arrested her son to prove if the dogs name was that of President Edgar Chagwa Lungu.

“I want you to immediately release my son from these dirty cells, this dog you are seeing here is Edgar Lungu. The man you praise and want to make happy is Edgar Chagwa Lungu. where is the connection with these names, call this dog Edgar Lungu, it will come or Call it Edgar Chagwa Lungu to see if it will follow you” asked a huge woman.

Relatives to the said man went to the Police station with the Dog in question leaving onlookers laughing.

At this point police in Charge ordered for the release of the Man after spending one night in police cells.