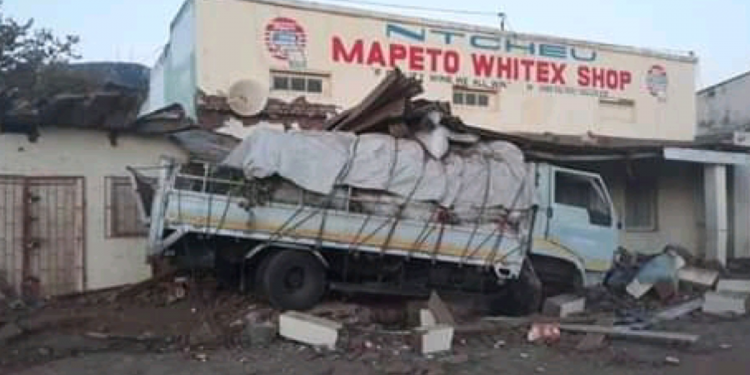 Two female passengers have died this morning, and two others sustained serious injuries after a lorry they were travelling in hit a shop at Mphate Trading Centre in Ntcheu.

Upon arrival at Eneya village along Ntcheu-Dedza M1 road, at around 0300 hours, he lost control of the vehicle and went to the extreme nearside road where it hit a shop.

The driver, and other male passenger, Chifuniro Gonthi, 23, of Zamani village, Traditional Authority Chakhumbira, in the district, sustained different degrees of injuries and are receiving medical attention at Ntcheu District Hospital.