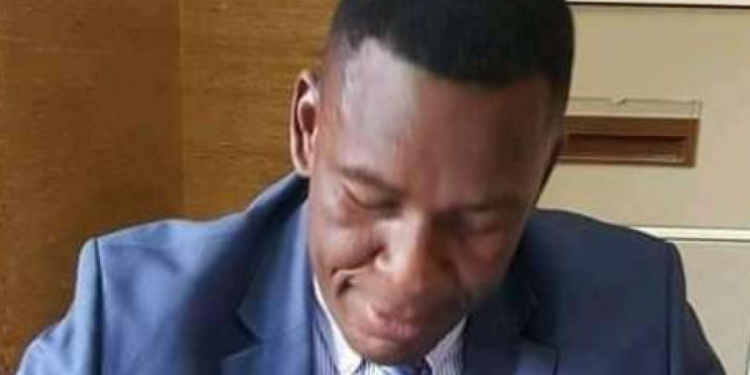 Former President Peter Mutharika top bodyguard, Norman Chisale, has warned Attorney General (AG) that he may be compelled to sue contept if the police service continues to keep him in custody.

Chisale, in a letter dated August 21 2020 signed by his lawyer Chancy Gondwe addressed to AG Chikosa Silungwe, lamented that the police’s conduct to continue detaining him unlawfully had no place in the modern day Malawi which is guided by the rule of law.

Chisale, answering charges that include fraud, money laundering and murder of Anti-Corruption Bureau (ACB) senior officer Issah Njauju, claimed through his lawyer that the ruling of August 20 2020 by the Malawi Supreme Court of Appeal  was clear that he was in an illegal and unlawful detention.

But Silungwe dismissed the assertions in an interview on Friday, arguing the court never ordered Chisale’s release and that Chisale’s detention was regularised and was now legal.

“The court never issued a release order. It does not seem to me he is being detained illegally. Sentiments must be taken into account of facts before the court, the detention had been regularised by the time the ruling came out,” the AG said.

Silungwe said Chisale’s release would be based on the criminal legal process, where as AG, he would not appear.

Malawi Supreme Court of Appeal judge Lovemore Chikopa dismissed Chisale’s application in which he sought an order to restrain police from arresting him on any other charges, but observed there was no dispute between Chisale and police, as police realised that there was an error on their side.

Chikopa observed it was the duty of the respondent, police, to do what was required of it and not the court.
“On our part, we must reiterate the fact that courts are in the business of settling disputes.

Where there is no dispute, there is no need to come to court and use up court time and other resources that could have been usefully employed elsewhere.

“In the instant case, the respondent [police] is by…own admission not only aware of the appellant’s [Chisale’s] status but also what…needs to do in order to retrieve the situation,” Chikopa observed.

The judge said the court, therefore, found it disingenuous that police should go to court and ask it to decide on the very fact it was admitting, adding police is bound by the laws of the country to always conduct itself in a lawful fashion.

Chikopa said it was entirely up to police to choose to obey the law or ignore it, having admitted it was keeping Chisale in illegal detention.

But the AG insisted the situation has changed from the time Chisale’s lawyer made the application and the time the ruling came out, arguing Chisale was now in a lawful detention after additional charges were laid down to him.

Chisale was first arrested on July 14 2020 in connection with cement worth K5 billion imported into the country duty free using Mutharika’s name. Soon after his release, he was arrested again on charges of attempted murder of a woman in Blantyre.

He was granted bail for that offence on August 27 2020 by the High Court sitting in Blantyre and was due for release on August 28 2020, but was arrested again within Chichiri Prison premises in relation to the murder of Njauju of ACB in 2015.

This arrest, and several others, are coming after the former governing Democratic Progressive Party (DPP) was booted out of government through a the court-sanctioned June 23 2020 Fresh Presidential Election that saw Tonse Alliance torch-bearer Lazarus Chakwera ascending to power.

The Tonse Alliance made Mutharika a one-term president, but he stayed in power for six years instead of five as the presidential election case was being heard in court.