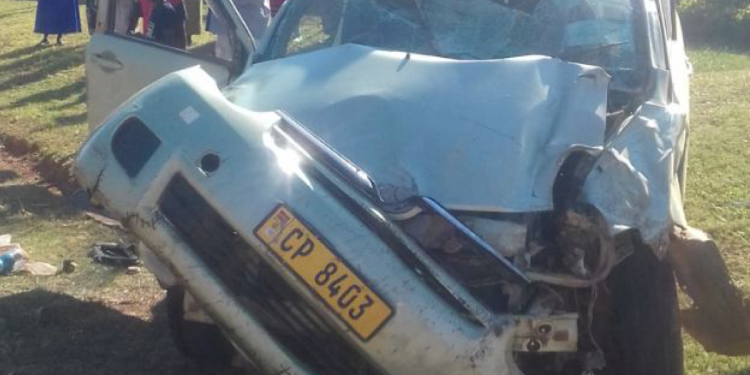 Two people have on Sunday, 30 August died while five others have escaped with injuries in a road accident which has happened near Mame Motel along the Mzimba-Kazomba M9 Road in Mzimba district.

The deceased, Lucia Ngoyi 55 and Ayela Majuwa 42 hailed from Amon Moyo Village in the area of Traditional Authority Mzikubola in the district.

“Both were driving from the direction of Kazomba and were heading Mzimba boma,” Botha said.

“Upon arrival at Mame Motel, the driver of the Sienta wanted to overtake the Toyota Axio,

“In the process, he hit the front tyre of the Toyota Axio Saloon which was turning to the right,” he said.

He added that due to over speeding as he was rushing to drop a patient at Mzimba District Hospital, the vehicle overturned.

“The impact resulted in one passenger being thrown out of the vehicle and two female passengers: Lucia Ngoyi and Ayela Majuwa sustaining head injuries,

“The two died on the spot while the driver and four others sustained different degrees of injuries,” he said.

Botha added that the five are currently receiving treatment at Mzimba District Hospital.

The Toyota Sienta has been extensively damaged while the Toyota Axio Saloon has its front right fender broken.

Meanwhile, the police in the district advise drivers to observe speed limits to avoid such accidents.