‘We are friendly to journalists’- DPP

by vmzembe
in National, News, Politics
0 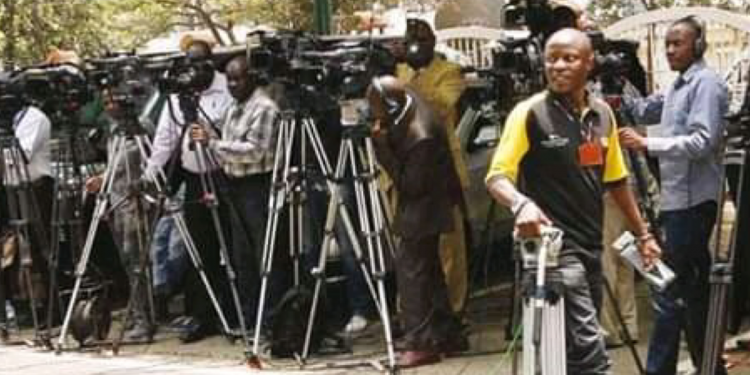 The former ruling Democratic Progressive Party (DPP) has described as propaganda social media reports that some journalists were chased at Peter Mutharika’s house in Mangochi where the party’s torchbearers had a meeting.

The social media on Thursday was a washed with reports that there was an ugly scene
In Mangochi DPP’s Central Committee met to discuss issues relevant to the rebuilding and strengthening of the Party after scumbling to the 23rd June 2020 Presidential Elections.

It was reported that journalist who rushed to the scene to cover results of the meeting were denied entry and were chased by some DPP officials on grounds of the former head of state’s protection.

One of the journalists who spoke with this publication on condition of anonymity, said it wasn’t a pleasant situation and said it was death or life as they were really chased.

“It wasn’t a pleasant situation. It was between life and death. Even the people we thought would understand us like Chimwemwe Chipungu could not be of help. We thank the Village head for being to our rescue. He understood us that we were doing our job of updating a million plus DPP supporters who wanted to hear how the meeting ended.” Said the source.

However, DPP through their facebook page, vehemently denied the reports and described it as total propaganda and said that the media was just trying to get sympathy from people over the matter.

The party added that journalists who rushed to the scene weren’t harmed but said they were only order to follow the party’s protocols adding that former President’s house needs an excellent security by all means.

“I think the media is just trying to get sympathy from people. At every well organised institution, there’s security and the former President’s house, cannot be question on that.

“What has happened is that they were being told to wait for accreditation because they(security) weren’t informed about their presence. When Hon Chipungu came out, the security was advised to let them wait at a designated place and they are waiting.” Wrote DPP on Facebook.

The party further added that sometimes misunderstanding or lack of following procedures makes matters difficult and added that they understand that it was a high profile meeting which makes a lot of stakeholders become anxious of the outcome hence the pressure.

Through the posts, the party added that they are a party which is friendly to journalists and asked the public to treat as propaganda social media reports that some journalists were manhandled at the meeting.