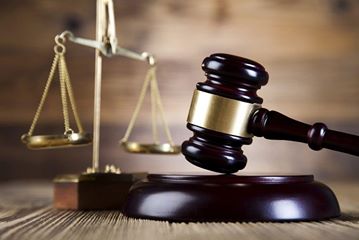 Mangochi First Grade Magistrate’s court on Thursday convicted and sentenced a 50-year-old man, Davie Zaipa to 5 years imprisonment with hard labour for burglary and theft contravening sections 309 (A) and 278 of the Penal Code respectively.

The court heard through state prosecutor Sub Inspector Maston Chitsonga that Zaipa during the wee hours of May 18, 2020 broke and entered into a dwelling house of Melida Gwembe where he went away with 6 pairs of shoes, 3 mobile phones and K21,000 cash, all to the sum of K181,000.

The matter was reported to Mangochi police station where investigations were instituted that led to the arrest of Zaipa.

Appearing before court, Zaipa pleaded not guilty to charges leveled against him, prompting the state to parade three witnesses.

In mitigation, Zaipa asked the court for leniency, saying he was propelled by poverty, but the state prayed for stiff sentence, citing that the conduct of Zaipa is a threat to villagers.

When passing sentence, First Grade Magistrate Mtunduwatha Mpasu concurred with the state and sentenced him, in first count to 60 and second count to 12 months imprisonment with hard labour, but the sentences will run concurrently.