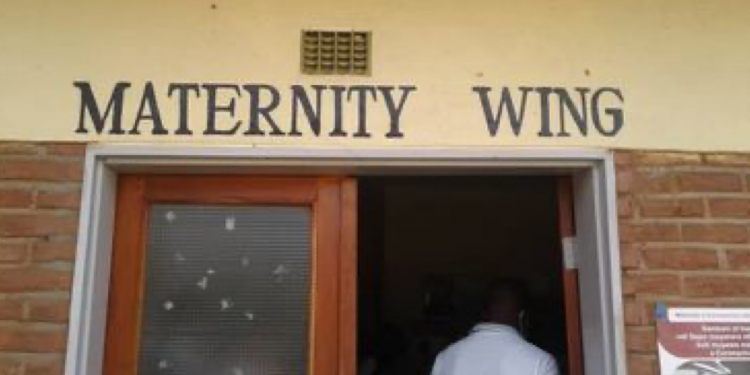 4
SHARES
10
VIEWS
Share on FacebookShare on TwitterShare on Whatsapp

Debate has re-surfaced on whether or not men should champion sexual reproductive support by witnessing child-birth as their spouses deliver.

Until now; it remains a taboo both to openly discuss this topic and let alone have men witness their partners giving birth — a culture; health and reproductive rights campaigners partly blame for the high maternal mortality rate in Malawi.

And further divided on the debate are men and women themselves. With the maternal mortality rate currently standing at 35.3 deaths per 1,000 live births a reproductive health powerhouse — White Ribbon Alliance says
men shoulder the larger blame for dismal interest in reproductive health issues.

Hestor Nkwinda-Nyasulu, executive director of the alliance cites the absence of men at anti-nata clinics during pregnancy of their spouses as one of the indicators.

“You also notice; as a nation, the interest of men to offer their wives moral support during birth giving is almost zero women suffer alone in the maternity,” observes Nkwinda Nyasulu.

Besides strengthening the parent-to-parent-bond, lack of such support, he says, deprives men of appreciating the real sense of parenthood.

Meanwhile, a survey conducted by the alliance to gauge the reproductive and maternal health demand has also pitted the state of public health facilities as one contributing factor for men to stay away from maternity during deliver.

“Most of the 84, 000 child-bearing women whom we reached-out to expressed concerns with the state of privacy of our labor-wards which are just open and some without curtains, where everybody would see what is happening. These are demands that need addressing,” says Nkwinda-Nyasulu.

On the other hand George Jobe, executive director of Malawi Health Equity Network blames the
situation on “mindset”.

“Unless there’s a mindset change, this country will not appreciate the importance of men being present in maternity wards to offer psychological support to their spouses. A wife seeing a husband in a maternity-ward
comes with some much relief and a father witnessing child-birth strengths the bond between him and the wife and child, but for this to happen it must begin with change of mindset,” says Jobe.

Whilst campaigners advocate for this course, some men have reservations citing hostility of health workers at health centres. Mwai Somanje, a father of two, cites culture and tradition as two factors that have held the country back for people to appreciate the importance of fathers attending the birth of their children.

“One thing that men cant withstand are abusive midwives and cunning health workers. Health workers and midwives have to realize that times have changed and they have to flexible and move with time,” says Somanje.

However, Edna Chiwaula chairperson for a mother group in Balaka disagrees. She feels men should not use abusive health workers as an excuse to stay away from maternity- wards as women withstand such hostility in some health facilities.

“Nevertheless, it is encouraging that we are talking about it. What remains is action — we have to break this culture, women need their spouses during birth- giving. It makes a difference,” she says.