Musician Namadingo rescued by Chakwera in his fundraising bid 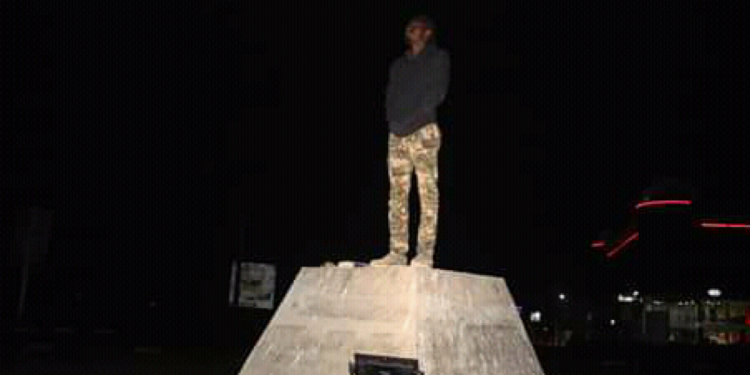 3
SHARES
18
VIEWS
Share on FacebookShare on TwitterShare on Whatsapp

Musician Patience Namadingo has managed to raise over 3 Milion Kwacha for fellow musician William Kachigamba, who was diagnosed with cancer. The Musician needs 3 Million kwacha to travel to Zambia for medical attention.

This prompted Namadingo to pose like a statue on the Mahatma Gandhi statue in Blantyre to raise the 3 Milion Kwacha. He stayed there from 12pm without eating but was drinking water until around past 6pm. His manager, Peter Mazunda, received a massage from President Lazarus Chakwera that he should go home as he would settle the balance.

Namadingo was determined to spend a night until he managed to raise the 3 Milion Kwacha.

Many people have hailed Namadingo’s bravery and courage for the sacrifice he made to save the life of a fellow musician’s treatment.

They have also thanked the President for his help to supplement to Namadingo’s effort. The head of state finally made it possible for William Kachigamba (who also happens to be living with albinism) to access treatment in Zambia.