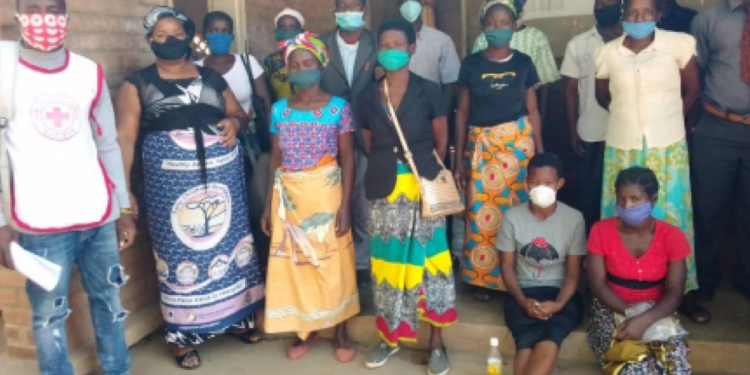 Malawi Red Cross Society (MRCS) engaged partners to an orientation on child rights and protection issues from the area of Senior Chief Chapananga in Chikwawa district.

MRCS Project Officer for Community Resilience Project (COMREP), Yasinta Namacha said the training for child protection workers and other partners was designed as one way of improving the well-being of children in the area.

“We trained child protection workers, mother groups from 22 schools and other stakeholders so that they, in turn, can share the knowledge with their communities to avoid child abuses and also protect the girl-child from early pregnancies as well as early marriages.

“The project targeted Traditional Authority Chapananga as it has recorded so many cases since it borders with Mozambique and some perpetrators are from outside the country,” Namacha said.

Chikwawa District Social Welfare Officer, Rosemary Mahata commended MRCS for complementing government in efforts of child protection and supporting the district with the training, saying it will positively change the mindset of most communities.

“We invited key stakeholders from different communities to attend this training so that they should be aware of child protection issues,” Mahata said. “These people have acquired knowledge on child protection rights and legal path ways on how to report different abuses in their communities.”

Mahata, however, said the social welfare has so many cases to be followed but they lack support from other partners.

Chairperson for Child Protection Committee for Kamzimbi area, Josephy Kaluwa also thanked MRCS, saying the training will positively change the behaviour of people in the communities.

“The training has helped us to know more about child protection rights since there was knowledge gap in our areas. We have also learnt how we can protect and assist children in our communities,” Kaluwa said.

Meanwhile, Kaluwa disclosed that that area has since recorded 35 cases concerning early pregnancies as well as early marriages since schools were closed.

The three years project running from 2020-2023 is being implemented with funds from the consortium partners; Danish, Finnish, Italian, Icelandic Red Cross, International Federation of the Red Cross and Red Crescent Societies.

It aims at ensuring that vulnerable communities are empowered and resilient. Under the project, the MRCS has also constructed Julaye Health Post in the area of Group Village Head Galonga in Senior Chief Chapananga’s area.