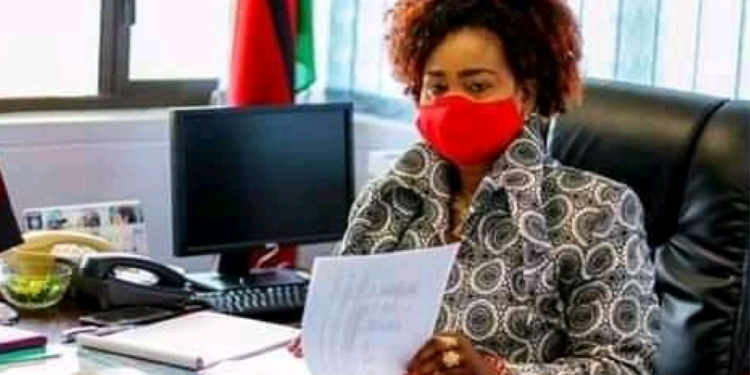 Government through Non-Governmental Organisations (NGOs) Board has registered a total of 766 NGOs out of which 222 are International NGOs and 544 are Local NGOs.

Minister of Gender, Community Development and Social Welfare, Patricia Kaliati has revealed the development during Interface meeting with International NGOs in Lilongwe.

“Analysis of the reports received from the top 20 NGOs indicates that total expenditure for 2018 was K222 billion to transform the lives of our vulnerable population if effectively and efficiently utilized and regulated,” Kaliati observed.

The minister said International NGOs invited had complied and each of them had an annual expenditure of K4 billion and above.

She said government is interested to follow and understand how the NGOs utilize resources being mobilized in the name of Malawians.

“Every year, we will be inviting NGOs for an interface so that they can inform the nation on how much they had mobilized in resources, the interventions implemented and the extent to which the intervention had changed the lives of Malawians,” she said.

She said Economic and Monitoring Directorate within the NGO Board has been strengthened to monitor their work based on the reports that they submit in order to verify if they have indeed fulfilled what is reflected in the reports.

Chief Executive Officer for NGO Board, Voice Mhone said the board would ensure that they demand detailed information from organisations.

“This will be done with purposes of quantifying the contribution are making to Gross Domestic Product (GDP) which is produced by the National Statistical Office on annual basis,” Mhone said.

She added that the NGO sector will also be valued if the contribution they are making is well quantified, documented and profiled including evaluate three reform areas that have been submitted to government.

“These are regulations of NGOs such as improved transparency and accountability of NGOs to government and communities we serve including coordination, partnership and networking amongst NGOs,” he said.

The NGO Board of Malawi is a statuary body established by Section 6 of NGOs Act 2001 (Cap. 5:05 of Laws of Malawi) to register and regulate the operations of all Civil Society Organisation in Malawi.