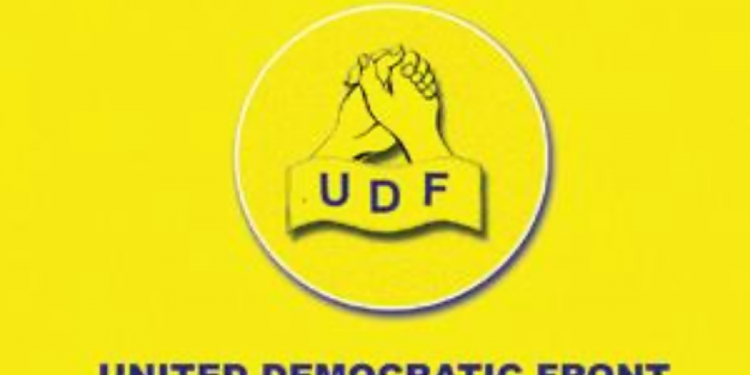 United Democratic Front Secretary General, Kandi Padambo has called for the enforcement of Section 65 of the Constitution to protect democracy in the country.

Speaking in an interview yesterday, Padambo said the section which provides that members of Parliament (MPs) who cross the floor should have their seats declared vacant to pave the way for by-elections, should be applied on legislators that are joining other parties in Parliament.

He said: “Even when MPs move to UDF, Section 65, has to be applied. If a member of UDF crosses the floor, we will ensure that the section is applied.”

Padambo said the law was put  in place to protect the Constitution and the will of the pneople, and therefore, it should be respected.

Padambo: We need to strengthen democracy. Since the Tonse Alliance won the June 23 Fresh Presidential Election, some parliamentarians have joined the governing party, a development that political analysts say is not healthy for the country’s democracy.

He said: “If many MPs align themselves to parties in government, it will weaken the opposition.”

Hussein further urged parties in government to be cautious of the defections, saying some people may not add value to the parties.

On his part, Phiri said politicians in Malawi have a wrong understanding of democracy, with most thinking that for one to flourish, they have to join the governing party.

Asked if Democratic Progressive Party will push for seats of those that have crossed the floor to be declared vacant when Parliament resumes, the party’s spokesperson Nicholas Dausi said he needed to consult.

However, he said as much as the MPs are exercising their right to association, they should not forget what happened after Bingu wa Mutharika died. He said DPP did not lose track and bounced back in government.

Malawi Congress Party (MCP) spokesperson the Reverend Maurice Munthali said the party has an open-door policy and cannot stop people from exercising their right of association.

During the Bingu wa Mutharika administration, MCP pushed for enforcement of Section 65 to nullify seats of MPs that crossed the floor in Parliament to align themselves with Mutharika who had ditched the UDF and formed DPP.