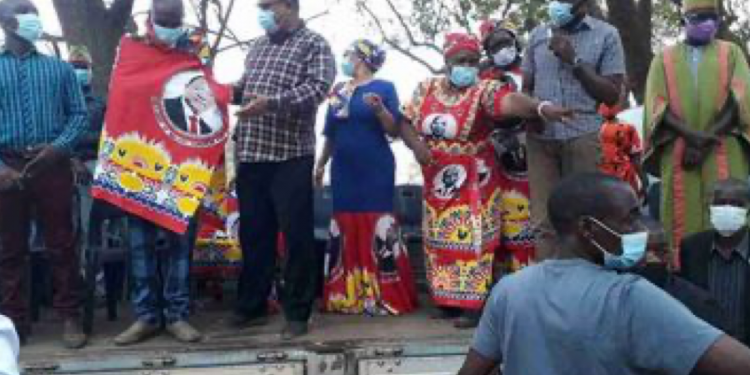 The Malawi Congress Party has chorused that it maintains an open door policy for all those contemplating of joining it.

The remarks were made over the weekend by MCP’s vice president, Sidik Mia, when he officially welcomed two Shire Valley legislators into the party.

Mia says the coming of the two in the party has bolstered its strength and its relationship with the grassroots in the area.

Mia further said the development has given the party a numerical boost through increasing numbers of its lawmakers in parliament.

Speaking at Nsanje Stadium when welcoming Mtiza, Mia repeatedly said MCP is willing to work with all
people who are ready to support the party’s development agenda.

“The doors of the party are open. We are eager to work with anyone in complimenting the development agenda and that time is now.”

The Vice President took the same message to Matundu Primary School ground when receiving Ramzan Mahomed Jumah. He said “politics is the game of numbers” and urged party members to welcome the legislators and work cordially.

At both venues, Mia articulated the party’s campaign manifesto and the commitment to develop the Shire Valley through irrigation farming, construction of Nsanje-Marka road and most importantly, the resuscitation of the railway transport network.

He assured the gathering that President Lazarus Chakwera and Tonse Alliance leadership is determined to deliver the campaign promises by translating the manifesto into action.

The MP’s mentioned that their joining MCP was propelled by the powerful manifesto that was relayed during the last election campaign.

A week ago, the MCP Veep also officially received I nto the party independent MP for Balaka North, Tony Ngalande.