CCJP vows to fight against gender and discrimination 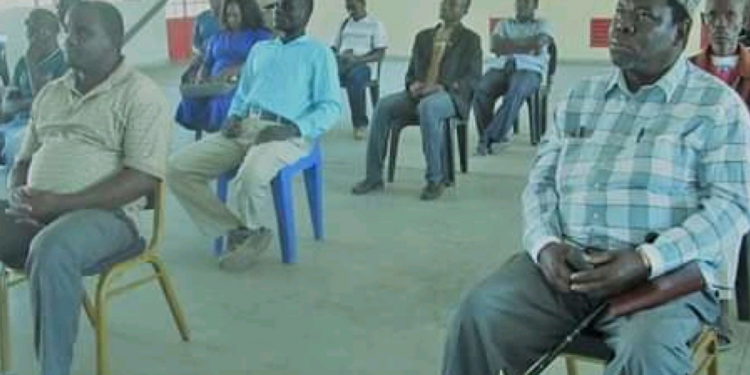 Catholic Commission for Justice and Peace (CCJP) in Dedza Diocese has urged women to actively participate in efforts that are destined to end gender discrimination in the society.

Speaking at Bembeke at the end of a two-day training session for Catholic Women and Men’s Organisations on Friday, Dedza Social Development Diocesan Chairperson, Father Paul Kumkumbira bemoaned the tendency of women in the district who look down upon themselves.

Kumkumbira said: “Girls and women experience negative impacts of rigid gender norms and roles which are rampant in our society. Due to these gender stereotypes, they (girls) are often less valued and have lower social status.”

“As a Church, we believe that if women take control and collectively take actions to end gender discrimination, they will drive sustained improvements on their rights. In the process, they will end poverty, not only for women and girls, but for others too,” he added.

In her remarks, Sarah Elisa from Kachipeya Catholic Women’s Organisation acknowledged that several women are in poverty due to inequalities that are common in the Malawi Society.

“This training will enable us empower our fellow women so that together, we should promote a conducive environment for women’s meaningful participation in Church and society processes,” she said.

According to CCJP’s Programme Officer in Dedza, Horace Kasudze, they intend to reach women throughout the district to help them gain power over their lives and participate in society.

“Currently, we are implementing a project called, ‘Meaningful Participation and Inclusion of Catholic Women in Church and Society processes in Malawi,’ where both men and women are challenged to end inequalities and restrictive gender roles,” said Kasudze.