3 arrested over Child Marriages in Machinga 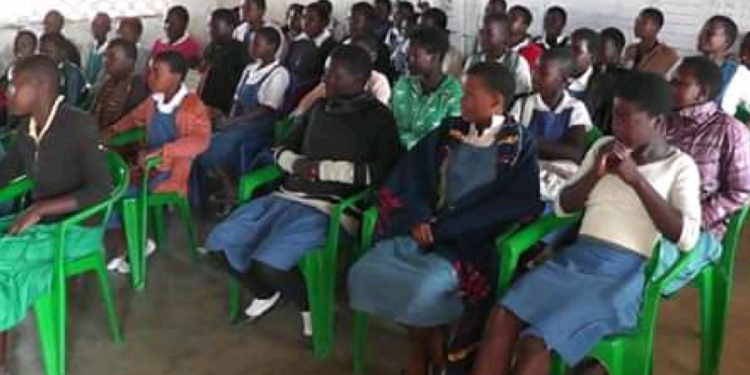 Police in Machinga have arrested three people for suspected defilement following a sweeping door-to-door exercise by Machinga District Council in an effort to address the problem of child marriages.

Milanzi said the police have also arrested a 19-year-old Araton Patel for defilement after he married and impregnated a Standard 5 learner at Puteya Primary School.
According to a medical report, the Standard five victim is three months pregnant.

Milanzi added that the police have also locked up an 18-year-old boy identified as Yona Chimtengo for marrying a Standard five 15-year-old girl at the same Puteya Primary School.
“The trio isf expected to appear before court soon,” Milanzi said.

Inussa hails from Kawanula Village and Patel comes from Adam Village while Chimtengo originates from Chisese Village, all in the area of Senior Chief Chamba.

Machinga District Council on Friday last week rolled out a door-to-door campaign in the area of Paramount Chief Kawinga and Senior Chief Chamba in an attempt to bring to an end child marriage in the district.

The team has since referred the victims to One-Stop Centre at the district hospital for screening of sexually transmitted infections, treatment as well as counselling.

Earlier this week, District Commissioner for Machinga, Rosemary Nawasha, expressed concern with the increase in teenage pregnancies in the district which stood at 2,336 from January to July this year.

“The development is worrisome as during the same period last year, the district only registered 169 teen pregnancies,” Nawasha lamented, disclosing that the district has also recorded 969 child marriages from January to July 2020.

“In 2019 during the same period, the district registered 115 child marriages,” said Nawasha.

Minister of Gender, Community Development and Social Welfare, Patricia Kaliati gave Machinga District Council up to August 31 to abolish all child marriages when she visited the district recently.