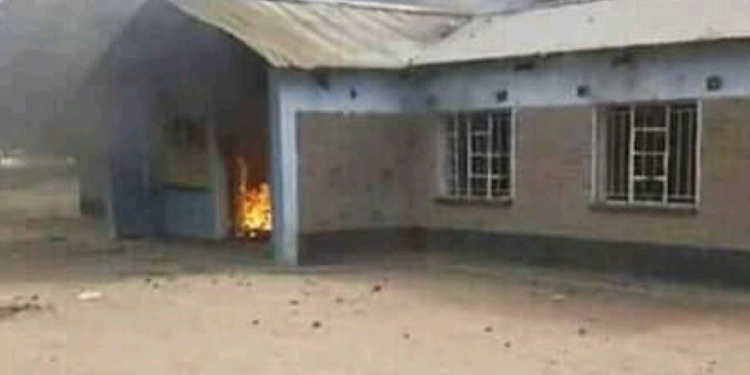 2
SHARES
28
VIEWS
Share on FacebookShare on TwitterShare on Whatsapp

In Kasungu, two children have died after being severely burnt by fire when the house they were sleeping in caught fire.

The deceased have been identified as Rashid Banda, 6 and Tasiyana Banda, 3 all from Chibwalo village, Traditional Authority Khongoni in Lilongwe.

Brief facts of the matter are that, the father of the two children (now deceased) Mr. Levison Banda is a tenant to Mr Paul Nkhoma at Chikuyu village. However, in February due to family misunderstandings his wife left him.

It is alleged that Mr. Levison Banda denied his wife to take the children along despite their tender age.

Yesternight, Mr Levison Banda was out leaving the two children sleeping alone in the house. When he returned, it is alleged that he carried a bunch of burning grass which he wanted to use as light to check on the children if all was well with them. As he was in the house, the roof of the house caught fire.

It further alleged that, Levison Banda left the children in house whilst on fire to get water which he wanted to use to put off the fire. This didn’t help as the time he returned the fire had become fierce that no one could enter into the house to rescue the children.

When surrounding community members came they started shouting mentioning the names of the children to come out. The two children managed to come out but at this time they had sustained severe burns on their bodies.

They were rushed to Kasungu District Hospital where they have died today whilst receiving treatment.